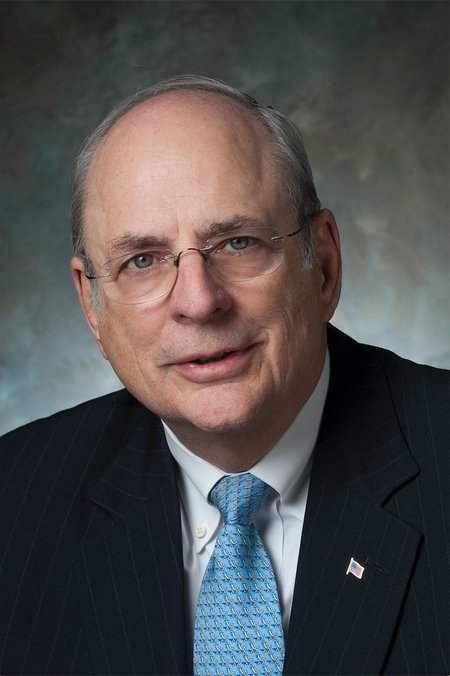 Norman R. Augustine, retired CEO of Lockheed Martin Corporation, former chair of the Council of the National Academy of Engineering, and chair of numerous pathbreaking governmental studies, will deliver the keynote address at Caltech's 126th annual Commencement ceremony. The event will take place at 10 a.m. on Friday, June 12, on Caltech's Beckman Mall, and it will be streamed live at commencement.caltech.edu/watch.

"With wit and wisdom, Norm Augustine has defined the intersection of science with industry and government for the benefit of society," said Caltech president Thomas F. Rosenbaum. "His perspectives, informed by unique accomplishments, will provide an invaluable guide for our graduates."

Augustine's distinguished career spans government, the private sector, and academia. He served as assistant director of Defense Research and Engineering in the Office of the Secretary of Defense and served as the assistant secretary of the Army for research and development in 1973 and under secretary of the Army in 1975. He also served as acting secretary of the Army in 1975. He held senior positions with Douglas Aircraft Company, LTV Missiles and Space Company, and Martin Marietta Corporation. As CEO of Martin Marietta, he orchestrated its merger with the Lockheed Corporation in 1995, establishing the Lockheed Martin Corporation, the largest defense contractor in the U.S. He became the company's founding president and ultimately served as the CEO and chairman. Following his retirement from Lockheed Martin, Augustine accepted a faculty appointment at Princeton University, lecturing on topics such as the practice of engineering in industry, the management of high-technology enterprises, and leadership education for those seeking careers outside of research.

Augustine has been a member of advisory boards to the Departments of Homeland Security, Energy, Defense, Commerce, Transportation, and Health and Human Services, as well as NASA, Congress, and the White House. He was a member of the Hart/Rudman Commission on National Security and served for 16 years on the President's Council of Advisors on Science and Technology under both Republican and Democratic presidents. He led several significant commissions, including an analysis, in 2007, of U.S. education and competitiveness entitled, "Rising Above the Gathering Storm: Energizing and Employing America for a Brighter Economic Future." Since retiring, he has chaired or co-chaired 32 committees and commissions, many focusing on the impact of education and research.

He is the author of Augustine's Laws, a collection of humorous aphorisms relevant to business management; Augustine's Travels, a reflection on what it takes to be successful in business and life; and The Way I See It, a compilation of his photography. He also has co-authored The Defense Revolution and Shakespeare in Charge. An avid traveler, Augustine has visited 129 countries and has stood on both the North and South Poles.