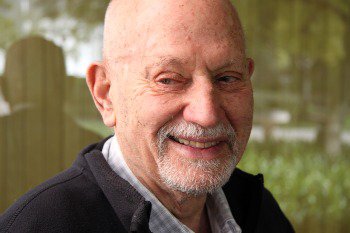 PASADENA, Calif., October 15, 2010—Amnon Yariv, the Martin and Eileen Summerfield Professor of Applied Physics and professor of electrical engineering—a pioneer in the field of optoelectronics—has been named one of 10 recipients of the National Medal of Science, the highest honor bestowed by the United States government on scientists.

Yariv was honored for "scientific and engineering contributions to photonics and quantum electronics that have profoundly impacted lightwave communications and the field of optics as a whole,"

"The extraordinary accomplishments of these scientists, engineers, and inventors are a testament to American industry and ingenuity," said President Barack Obama when announcing the awards. "Their achievements have redrawn the frontiers of human knowledge while enhancing American prosperity, and it is my tremendous pleasure to honor them for their important contributions."

Yariv's award brings the number of Caltech faculty and alumni recipients of the National Medal of Science to 55.

Yariv describes the thread of his research over the years as "fascination with light waves: learning how to generate them, manipulate them, and make them play new 'games.'" In the process, he developed mathematical theories widely used today to describe energy exchange among light waves, as well as experimental and fabrication techniques to demonstrate some of the resulting applications.

"A high point of my group's research," he says, "was the invention of the semiconductor Distributed Feedback Laser, which today powers the Internet's fiber-optic network." He also points to work he did with two colleagues to formulate the quantum theory of nonlinear optics. "Years after its development," he says, "it has become the starting point for the new and futuristic field of quantum communication." Current research in his group is aimed at getting a large number of lasers to collaborate and exchange information, thus realizing new functionalities.

"In addition to being the academic father of applied physics at Caltech, Amnon has personally mentored many of our most successful faculty members and continues to be one of the most constructive and imaginative forces within our division," says Ares Rosakis, the Theodore von Kármán Professor of Aeronautics, professor of mechanical engineering, and chair of the Division of Engineering and Applied Science. "We are indeed lucky to have him at Caltech."

Yariv earned his BS, MS, and PhD degrees from the University of California, Berkeley, in 1954, 1956, and 1958. He joined the Caltech faculty as an associate professor in 1964 and became a full professor in 1966. He was named the Summerfield Professor in 1996.

Yariv and his fellow medal recipients will receive their awards at a White House ceremony later this year.