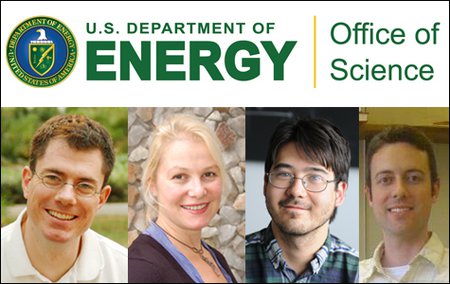 Four Caltech faculty members are among the 65 scientists from across the nation selected to receive five-year Early Career Research Awards from the U.S. Department of Energy (DOE). The grant winners, who were selected from a pool of about 1,150 applicants, are:

The Early Career Research Program, which is funded by the DOE's Office of Science, is "designed to bolster the nation's scientific workforce by providing support to exceptional researchers during the crucial early career years, when many scientists do their most formative work," according to the DOE announcement, and is intended to encourage scientists to focus on research areas that are considered high priorities for the Department of Energy.

To be eligible for an award, a researcher must have received a doctorate within the past 10 years and be an untenured, tenure-track assistant or associate professor at a U.S. academic institution or a full-time employee at a DOE national laboratory.