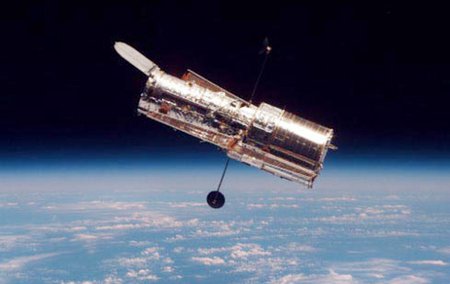 For many astronomers, NASA's Hubble Space Telescope (HST) is considered the crème de la crème of research tools—one of the best observatories available for their studies. This being the case, competition for time with the telescope can be fierce.

But Heather A. Knutson, a recent addition to the Division of Geological and Planetary Sciences at Caltech, will soon get the chance to spend some quality time with the telescope. She is part of an international research team, lead by scientists at the University of Exeter in the UK, which has secured nearly 200 hours of observation time on HST. Knutson will study the atmospheres of two exoplanets—planets outside of our solar system—over 15 orbits, which roughly translates to 23 hours of observation time.

"We have very little idea of what to expect, as these planets are very different than anything we have in our own solar system," says Knutson, assistant professor of planetary science. "The really exciting thing about this project is that it is an opportunity to study a large sample of planets. Most of the time, we get to look at one, maybe two things at a time, so you don't really get the context of whether or not what you are looking at is typical of the planets that you study, or if it's an oddball."

A full press release on the project can be read here.