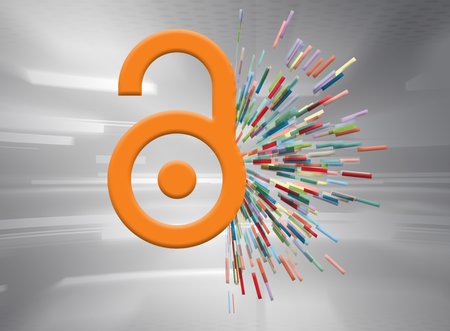 Many of us know the frustration of clicking on a news article and running into a paywall. Academic researchers also run into this problem when trying to access journal articles, but for them, the cost can often run into the thousands.

A new open-access agreement between Caltech and the Association for Computing Machinery (ACM), an academic society for computing research, guarantees that all papers authored by Caltech researchers that appear in ACM journals will be freely accessible to any user without cost.

"This is a big deal for Caltech because of the impact our research has worldwide," says University Librarian Kara Whatley. "Many researchers are at institutions that can't afford to buy subscriptions to the journals our authors publish in, which effectively hides Caltech research from them."

In signing an open-access agreement with ACM, Caltech joins other major institutions such as the University of California system, Carnegie Mellon University, MIT, and Iowa State University.

Whatley, who joined Caltech last year, says open access offers benefits to Caltech researchers, researchers at other institutions, and the general public. Though Caltech has supported open-access initiatives in the past, Whatley says this is the first open-access agreement of this kind the Institute has signed with a publisher.

"Journal prices have been increasing significantly faster than library budgets. That's just not sustainable," Whatley says. "Publishers do bring value to the research that they publish via peer review, editing, promotion, etc., but this model is broken, and I don't think we should fix it. I think we should develop a new one that works better with how research is conducted today."

The open-access movement dates back to 2008, when Harvard began offering access to its published research to the public for free. In 2013, the Caltech faculty voted to begin providing free access to research produced at the Institute. CaltechAUTHORS, the library's online repository of articles produced by Caltech researchers, surpassed 10 million downloads in 2017.

Whatley says open-access is one part of a push to lower the cost of journal subscriptions for the Institute. Another approach the library has taken is breaking its so-called "big deal" agreements with publishers.

"Think about the 'big deal' like a cable subscription," she says. "You probably don't want all the channels, but that's how journal subscriptions work. To get some of the journals, you buy a whole package. We broke almost all of our big deals a number of years ago to take back control of our collections."

Additionally, the library has begun to experiment with acting as its own publisher.

"We're not doing it on a large scale yet, but the Caltech library is a publisher now," she says. "We publish an open-access journal called Micropublication Biology and we are also serving as publisher for a microbiology textbook."

For more information about ACM OPEN, the program under which open access is being provided, visit https://www.acm.org/publications/openaccess.