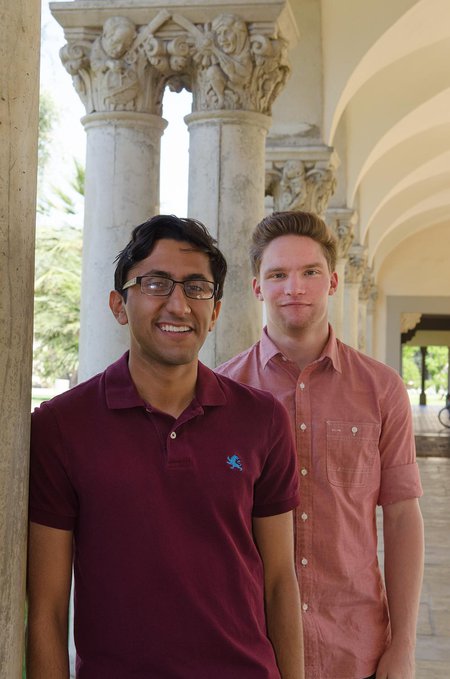 The Barry Goldwater Scholarship and Excellence in Education Program was established by Congress in 1986 to award scholarships to college students who intend to pursue research careers in science, mathematics, and engineering.

Saaket Agrawal is a sophomore from El Dorado Hills, California, majoring in chemistry. Under Greg Fu, the Altair Professor of Chemistry, Agrawal works on nickel-catalyzed cross coupling, a powerful method for making carbon-carbon bonds. Specifically, Agrawal conducts mechanistic studies on these reactions, which involves elucidating the pathway through which they occur. After Caltech, he plans to pursue a PhD research program in organometallic chemistry—the combination of organic (carbon-based) and inorganic chemistry—and ultimately hopes teach at the university level.

"Caltech is one of the best places in the world to study chemistry. The faculty were so willing to take me on, even as an undergrad, and treat me like a capable scientist," Agrawal says. "That respect, and the ability to do meaningful work, has motivated me."

"The quantum behavior of atoms has been studied for decades. We are researching the way macroscopic objects behave in a quantum mechanical way in order to manipulate them into specific quantum states," Dieterle says. Painter's group is studying how to use macroscopic mechanical objects to transform quantized electrical signals into quantized optical signals as part of the larger field of quantum computing, a potential next generation development in the field.

"The power of quantum computing would be immense," says Dieterle, who would like to attend graduate school to study quantum information science. "We could simulate incredibly complex things, like particles at the edge of a black hole. Participating in this physics revolution is so exciting."

Agrawal and Dieterle bring the number of Caltech Goldwater Scholars to 22 in the last decade.