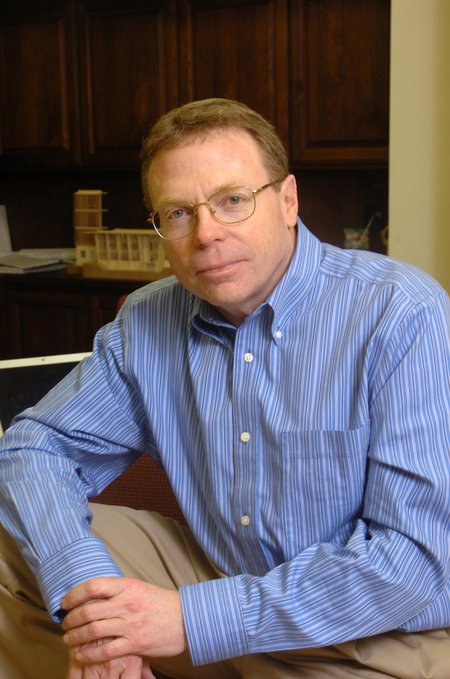 Tirrell, who will succeed Edward M. Stolper in this role, has been a faculty member at the Institute since 1998. He served as chair of the Division of Chemistry and Chemical Engineering from 1999 to 2009 and since 2012 has been the director of Caltech's Beckman Institute, an interdisciplinary research hub that develops methods, instrumentation, and materials for fundamental research in chemistry and biology.

An accomplished researcher, Tirrell is known for working across the disciplines of chemistry, biology, and materials science. He focuses on the genetic code and how modifying the molecular machinery of the cell might lead to new approaches in macromolecular design, protein evolution, biological imaging, and proteome-wide analysis of cellular processes. In recognition of his significant contributions in these areas, Tirrell has received numerous accolades from professional societies and universities around the world. He is one of only 19 individuals elected to all three National Academies: Sciences, Engineering, and Medicine.

Tirrell earned a bachelor's degree in chemistry from MIT and a PhD in polymer science and engineering from the University of Massachusetts.

"David Tirrell marshals insights across the intellectual spectrum in his view of Caltech and in his own research," says Rosenbaum, the Sonja and William Davidow Presidential Chair and professor of physics. "David's broad approach to science and engineering, dedication to teaching, vision, and consultative leadership style are sure to advance the Institute during his tenure as provost. I am grateful to the provost search committee, chaired by Barbara Wold, Bren Professor of Biology, for their helpful recommendations and hard work in garnering opinions from Caltech faculty, students, and staff."

The position of provost, the Institute's chief academic officer, was first established at Caltech in 1962. The provost advances the academic agenda of the Institute through faculty recruitment, retention, and promotions, and via budget prioritization. The provost works closely with the division chairs on programmatic initiatives, serves as coordinator for curriculum development, and aids in development initiatives. Tirrell's appointment will be pursuant to approval from the Board of Trustees in July.

"I feel privileged to have been part of the Caltech community for the past two decades," says Tirrell. "I welcome the opportunity to contribute in a different way to promoting the important intellectual and educational missions of the Institute and to supporting the work of all of our extraordinary students, postdoctoral scholars, faculty, and staff."

Earlier this year, Rosenbaum announced that the Institute was embarking on a search for Stolper's successor as provost. Stolper, the William E. Leonhard Professor of Geology and the Carl and Shirley Larson Provostial Chair, has served as Caltech's provost since 2007. An acclaimed researcher, he received the Roebling Medal in 2017, the highest honor given by the Mineralogical Society of America. In 2012, he received the V. M. Goldschmidt Award from the Geochemical Society, the highest award of the international geochemical community. This spring, a new mineral, stolperite, was named in recognition of his "fundamental contributions to petrology and meteorite research."

Stolper plans to return to the faculty full time to pursue his studies of the origin and evolution of igneous rocks on the earth and other planets using experiment, theory, and field studies. He will continue to maintain a strong relationship with JPL and NASA, which includes his participation on the science team of the Mars Science Laboratory mission, for which he is past project scientist.

"During his decade of service as provost, Ed worked tirelessly with division chairs to appoint, cultivate, and retain the best faculty, scrupulously managed the Institute's budget, and engaged wholeheartedly in the launch and conduct of the current Caltech campaign," Rosenbaum says. "Throughout his career at Caltech, he has demonstrated his unflinching commitment to research and education and his resounding dedication to the Institute and its values. I look forward to continuing to work with him as an invaluable member of our faculty."