Diving Into the Unknown: An Interview with Andrei Faraon 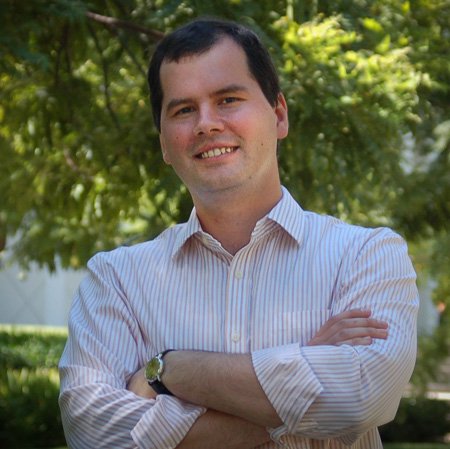 This fall, Andrei Faraon (BS '04) returned to his alma mater to take a position as an assistant professor of applied physics and materials science. Faraon, originally from Falticeni, Romania, came to the United States in 2001 to study at Caltech and earned his BS in physics in 2004, then moved to Stanford University, where he received a master's degree in electrical engineering and a PhD in applied physics. Faraon recently answered some questions about his work and returning to Caltech.

First of all, how does it feel to be back at Caltech?

What is the focus of your research?

I build devices that are based on the fundamentals of light–matter interaction. What we're trying to do is manipulate single quantum systems in solids—systems like single atoms or single quantum dots—using light. Light is great for this purpose because it allows us to address these systems without destroying their fragile quantum states, and because it can easily interconnect quantum systems over large distances.

This work has applications in quantum and classical information technologies, and also for the development of sensors with very high spatial resolution and very high sensitivity. These sensors are used to probe other quantum systems and also have applications in biotechnology.

Does this have anything to do with the development of quantum computers?

The quantum computer is something of a Holy Grail, but down the road there is hope that other applications, like quantum repeaters that could enable very secure communications, will come out of these new technologies. In general, the field is just trying to get an understanding of how to better control and manipulate quantum systems in order to develop devices based on these quantum concepts.

What has been your most recent development in this line of work?

In my postdoctoral work, I was able to combine some impurities in diamond, called nitrogen vacancy centers, with optical structures known as nanoscale optical resonators. Nitrogen vacancy centers are defects in the atomic lattice that makes up diamond in which nitrogen atoms have basically replaced carbon atoms. They are interesting because they have very good quantum-coherence properties—meaning that you can actually store information in the quantum state of the impurities and keep it preserved for a relatively long time. These impurities can be used for the sensing of electromagnetic fields with high resolution, or to store and process quantum information. By combining the impurities with optical structures we are actually able to better control and modify their properties.

In general, light interacts weakly with these impurities. By embedding the nitrogen-vacancy centers in resonators, we can create a stronger interaction between them and the light field. The resonators can be further integrated in an on-chip optical network. Since the impurities are coupled to the resonators, we actually interconnect multiple nitrogen-vacancy centers on a chip, thus creating a quantum network that forms the basis of future devices for quantum information processing.

What do you find most exciting about your research?

It is really at the forefront of experimental research and it allows me to really dive into the unknown. I love the fact that we often discover unexpected things and that there is also great potential that this work will result in revolutionary technologies.

What brought you back to Caltech?

Caltech provides the best environment in which to do my research in terms of facilities, the quality of students, and the faculty that I can interact with. Caltech has a very strong effort both in photonics, which is my field of study, and also in quantum information. I think that the people are actually the greatest resource that Caltech has.