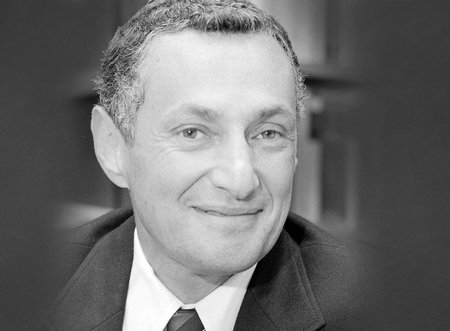 "Don was an inspiring teacher and mentor to several generations of students and colleagues. His energetic presentation of the material he taught, together with his humor and infectious enthusiasm, made his classes memorable," says Guruswami Ravichandran, chair of the Division of Engineering and Applied Science.

Hans Hornung, C. L. "Kelly" Johnson Professor of Aeronautics, Emeritus, moved into the office next to Cohen upon his arrival at Caltech in 1987, and remembers his colleague and friend as a brilliant teacher who was always ready with a quip or friendly banter. "He was always very funny, with a quick and witty sense of humor," Hornung recalls.

Cohen's research covered a variety of topics, including early work in the theory of reaction-diffusion equations (which are used to model systems with multiple interacting components, such as chemical reactions). His later research on nonlinear differential equations, pattern formation, stability, and bifurcations had a significant impact on mathematical biology and chemical engineering.

He formulated models that led to the development of quantitative studies of population dynamics in biological systems, using techniques that he was able to adapt to analyzing the stability of chemical reaction systems. Later, he focused on mathematical models in the materials science of polymer films, studying how the properties of polymers could be tailored to control time release of pharmaceuticals.

"Don was a truly broad thinker and used his outstanding mathematical modeling skills to provide deep insights into phenomena of interest in materials problems ranging from physical to biological sciences," Ravichandran says.

At Caltech, he was a popular teacher who received awards for undergraduate teaching excellence in 1979, 1987, and 1998; in 2000, he was awarded the Richard P. Feynman Prize for Excellence in Teaching. "He had a special ability to make the analysis of even complicated problems seem easy. His playful style in solving problems always entertained, engaged, and challenged students," wrote Thomas Hou, Charles Lee Powell Professor of Applied and Computational Mathematics, of Cohen in an article marking his retirement in 2003.

"Having Don Cohen as a PhD advisor was a wonderful experience, " says William Kath (PhD '81), now a professor at Northwestern University. Kath recalls the way Cohen was a seemingly bottomless font of humorous stories that would somehow always manage to convey an important life lesson to his students. While advising his own graduate students, Kath often passes these same lessons on to the next generation.

At Caltech, Cohen was responsible for the creation of Introductory Methods of Applied Mathematics, an in-depth applied mathematics course designed to give undergraduates necessary tools to solve problems in their field, typically those that involve differential equations and special functions. "Don started and built the course from scratch. Ever since, it has been the heart of applied mathematics education at Caltech," Hornung says.

"It rapidly became one of the largest classes at Caltech, de facto core, even when it was not required by the student's major," says Dave Stevenson, Marvin L. Goldberger Professor of Planetary Science, who has taught the course several times. "Students noted later in their careers that it was a very valuable experience. It could only work at Caltech because of the special nature of our students, and it did not have an exactly comparable counterpart at other institutions."

Former student Donald Schwendeman (PhD '86), now a professor and department head at the Rensselaer Polytechnic Institute in New York state, credits a meeting with Cohen with helping him decide to attend Caltech as a graduate student: "Cohen's outgoing personality made a big impression on me, but the main point that came through from our first meeting, as I recall, was that Caltech was a place that looked after its grad students." Schwendeman later served as a teaching assistant for Cohen's introductory applied mathematics class.

"He was a great, no-nonsense teacher," recalls fellow former TA Gregor Kovacic (PhD '90), also now a professor at Rensselaer. "He once told us green TAs how he taught the proof of [a mathematical formula known as] Cauchy's formula: He drew on the blackboard two circles and a pair of close connecting lines between them, with arrows in the opposite directions, and said 'this is the proof.' We were stunned, but yes, it is," Kovacic says.

Cohen served as the executive officer of applied mathematics from 1988 to 1993 and chair of the Division of Engineering and Applied Science in 1990. He also served as chair of the faculty from 1983 to 1985, and from 1986 to 1987 he chaired the faculty advisory committee of the Caltech Board of Trustees to select Caltech's fifth president. In 1998, he was named Charles Lee Powell Professor of Applied Mathematics. He retired in 2003.

Beyond Caltech, Cohen served in numerous national organizations, including the Society for Industrial and Applied Mathematics, the American Mathematical Society, and the American Association for the Advancement of Science. From 1993 to 1995, he served as the director of the Center for Nonlinear Studies at Los Alamos National Laboratory.