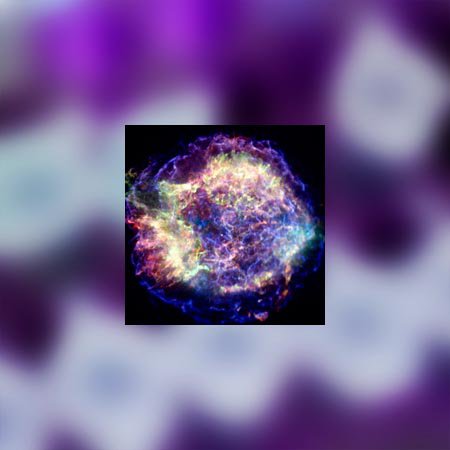 PASADENA, Calif.--Join two world-renowned California Institute of Technology (Caltech) physicists and an award-winning composer for the world premiere of "Einstein's Cosmic Messengers," an inventive multimedia concert. Inspired by Caltech's involvement with the Laser Interferometer Gravitational-wave Observatory (LIGO), the presentation takes an innovative approach to communicating scientific exploration and discovery to the general public. The event takes place Thursday, October 30, at 8 p.m., in Beckman Auditorium on the Caltech campus.

This unique event will feature noted physicist Kip Thorne, Feynman Professor of Theoretical Physics and LIGO cofounder; Jay Marx, LIGO executive director and senior research associate in physics; and Andrea Centazzo, award-winning composer, percussionist, and multimedia artist. The program is based on LIGO's quest for the detection of gravitational waves--ripples in the fabric of space and time produced by violent events in the distant universe. Albert Einstein predicted the existence of these waves in 1916. LIGO, which was designed by Caltech and MIT physicists, began its search in 2001 with funding from the National Science Foundation.

Thorne will open the program by explaining how gravitational waves can reveal the fundamental nature of gravity and open a new window onto the "warped" side of the universe, shining light on previously inaccessible events such as violent coalescences of black holes and neutron stars. Marx will follow with a discussion on the history, achievements, and promise of LIGO's search for gravitational waves. Centazzo will then perform his world premiere of "Einstein's Cosmic Messengers," the multimedia concert he created with Jet Propulsion Laboratory scientist Michele Vallisneri. The presentation blends music and sounds played live with images and animations inspired by LIGO's facilities, the universe, and Einstein's genius and obsessions, creating a one-of-a-kind live performance.

Vallisneri initially conceived the concert and Centazzo made it a reality. "'Einstein's Cosmic Messengers' is the result of exposing professional composer and video artist Andrea Centazzo to my narrative of the birth of astronomy and the great revolutions in our understanding of the cosmos," says Vallisneri. "The performance includes evocative images, projected on a cinema screen, complemented by synchronized music played live on a vast array of percussive instruments, both acoustic and digital.

"I hope the concert can expose the public, whether artistically or scientifically inclined, to the quest to measure gravitational waves, an extremely engaging intellectual and technological adventure that I work on every day. I love to see human creativity transcend the boundaries between science and the arts and humanities. This will be a breathtaking journey through magnificent visions of the universe."

Visit http://events.caltech.edu/events/event-5781.html, www.ligo.caltech.edu, and www.andreacentazzo.com/ecm for more information, including images and a sample video at Centazzo's site. Admission and parking are free. No tickets or reservations are required.