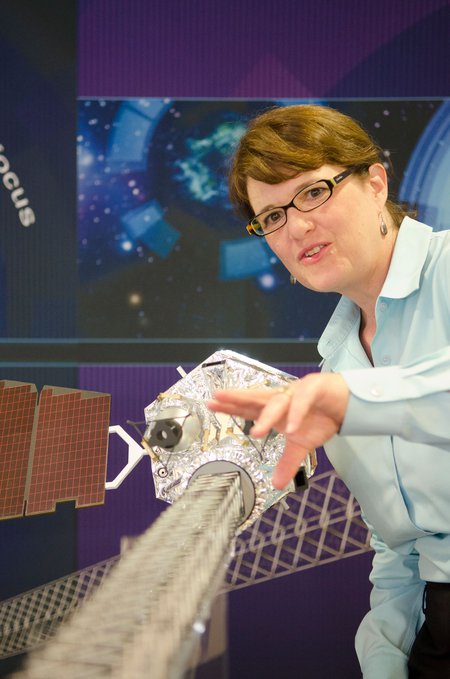 Fiona Harrison with a model of NuSTAR. Credit: Caltech 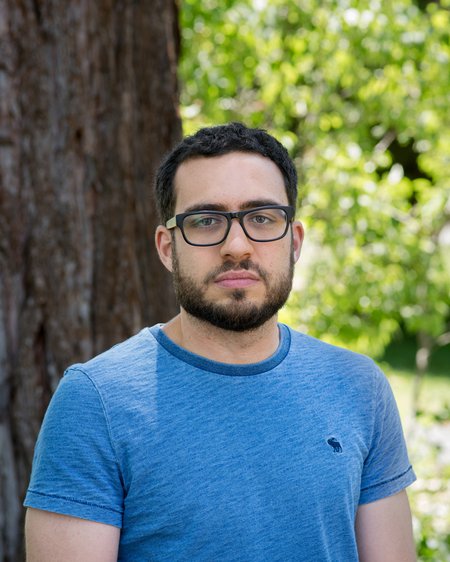 Two Caltech scientists are being honored with awards from the American Physical Society. Fiona Harrison, the Benjamin M. Rosen Professor of Physics, has won the American Physical Society's 2020 Hans A. Bethe Prize, which recognizes "outstanding work in theory, experiment or observation in the areas of astrophysics, nuclear physics, nuclear astrophysics, or closely related fields," according to the society's website. The prize was given, according to the award citation, "For pioneering work in conceiving and executing the first focusing telescope in the high-energy X-ray regime, NASA's Nuclear Spectroscopic Telescope Array (NuSTAR) satellite. NuSTAR has enabled major advances in understanding phenomena in the most extreme environments in the universe."

Fernando Brandão, Bren Professor of Theoretical Physics, has won the 2020 Rolf Landauer and Charles H. Bennett Award in Quantum Computing "for outstanding achievements in entanglement theory and in the intersection of quantum computation, quantum thermodynamics, and quantum many-body physics."

Harrison, who is also the Kent and Joyce Kresa Leadership Chair for the Division of Physics, Mathematics and Astronomy, conceived of the NuSTAR mission while a postdoctoral fellow at Caltech in the 1990s. NuSTAR, which is still up and running, launched into space in 2012. It has taken the best astronomical images to date using the same type of high-energy X-rays utilized by doctors and dentists. The mission has made several significant findings including the discovery of some of the brightest pulsars seen. These stellar remnants, originally thought to be black holes, shine with energy equivalent to 10 million suns. Other NuSTAR discoveries include the first measurements of temperature swings in black hole winds and the first map of radioactive material in a supernova remnant.

Harrison received her undergraduate degree in physics from Dartmouth College in 1985 and her PhD in physics from UC Berkeley in 1993. She came to Caltech in 1993 as a Robert A. Millikan Research Fellow. She became a full professor in 2005; in 2013, she was named the Benjamin M. Rosen Professor of Physics, and in 2015, the Kent and Joyce Kresa Leadership Chair.

Brandão studies quantum information sciences, which has applications in quantum computing and quantum networks. He explores the interplay of physics, computer science, and mathematics to study the role of quantum mechanics in computation and information transmission. In particular, he is interested in the phenomenon of entanglement, in which particles can become inextricably linked over great distances, and he applies that knowledge to quantum systems of a large number of entangled particles.

Brandão obtained his BSc in physics at Universidade Federal de Minas Gerais in 2004 and his PhD in physics at Imperial College London in 2008. He has served in postdoctoral positions at Imperial College, Universidade Federal de Minas Gerais, and ETH Zurich. Brandão was a lecturer in computer science at University College London from 2013–15 and a researcher at Microsoft from 2015–16. He came to Caltech as a Bren Professor in 2016, was a Google Visiting Faculty from 2018–19, and is currently an Amazon Scholar.