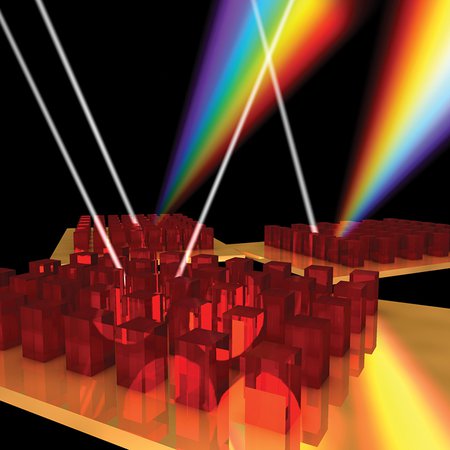 For hundreds of years, most optical elements like lenses and polarizers have been fabricated using carefully polished pieces of glass or crystals and assembled in optical systems such as cameras and microscopes.

Faraon is an assistant professor of applied physics, and his laboratory specializes in developing nanophotonic technologies for devices that operate close to the fundamental limit of light-matter interaction, with applications in imaging, sensing, and quantum information processing. In 2016, Faraon was named the inaugural KNI-Wheatley Scholar in Nanoscience, established by Chuck and Judith Wheatley and the Kavli Nanoscience Institute. He was also the recipient of the 2015 National Science Foundation CAREER award, the 2015 Air Force Office of Scientific Research Young Investigator Award, and the 2016 Office of Naval Research Young Investigator Award.

The lecture, held at 8 p.m. on Wednesday, January 17, in Beckman Auditorium, is a free event; no tickets or reservations are required.