Ghosts of Ancient Explosions Live on in Stars Today 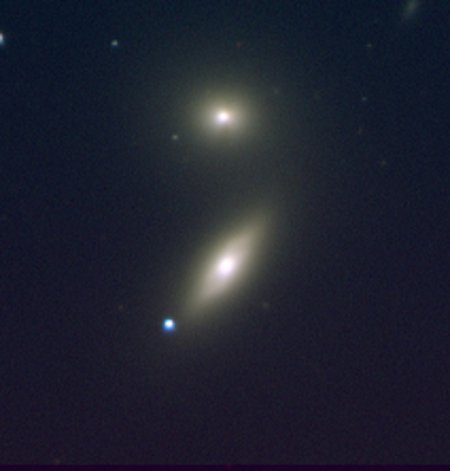 When small, dense stars called white dwarfs explode, they produce bright, short-lived flares called Type Ia supernovae. These supernovae are informative cosmological markers for astronomers—for example, they were used to prove that the universe is accelerating in its expansion.

White dwarfs are not all the same, ranging from half of the mass of our sun to almost 50 percent more massive than our sun. Some explode in Type Ia supernovae; others simply die quietly. Now, by studying the "fossils" of long-exploded white dwarfs, Caltech astronomers have found that early on in the universe, white dwarfs often exploded at lower masses than they do today. This discovery indicates that a white dwarf could explode from a variety of causes, and does not necessarily have to reach a critical mass before exploding.

A paper about the research, led by Evan Kirby, assistant professor of astronomy, appears in the Astrophysical Journal.

Near the end of their lives, a majority of stars like our sun dwindle down into dim, dense white dwarfs, with all their mass packed into a space about the size of Earth. Sometimes, white dwarfs explode in what's called a Type Ia (pronounced one-A) supernova.

Studying Type Ia supernovae is a time-sensitive process; they flare into existence and fade back into darkness all within a few months. To study long-gone supernovae and the white dwarfs that produced them, Kirby and his team use a technique colloquially called galactic archaeology.

Galactic archaeology is the process of looking for chemical signatures of long-past explosions in other stars. When a white dwarf explodes in a Type Ia supernova, it pollutes its galactic environment with elements forged in the explosion—heavy elements like nickel and iron. The more massive a star is when it explodes, the more heavy elements will be formed in the supernova. Then, those elements become incorporated into any newly forming stars in that region. Just as fossils today give clues about animals that have long ceased to exist, the amounts of nickel in stars illustrates how massive their long-exploded predecessors must have been.

Using the Keck II telescope, Kirby and his team first looked at certain ancient galaxies, those that ran out of material to form stars in the first billion years of the universe's life. Most of the stars in these galaxies, the team found, had relatively low nickel content. This meant that the exploded white dwarfs that gave them that nickel must have been relatively low mass—about as massive as the sun, lower than the Chandrasekhar mass.

Yet, the researchers found that the nickel content was higher in more recently formed galaxies, meaning that as more time went by since the Big Bang, white dwarfs had begun to explode at higher masses.

"We found that, in the early universe, white dwarfs were exploding at lower masses than later in the universe's lifetime," says Kirby."It's still unclear what has driven this change."

Understanding the processes that result in Type Ia supernovae is important because the explosions themselves are useful tools for making measurements of the universe. Regardless of how they exploded, most Type Ia supernovae follow a well-characterized relationship between their luminosity and the time it takes for them to fade.

"We call Type Ia supernovae 'standardizable candles.' If you look at a candle at a distance, it will look dimmer than when it's up close. If you know how bright it is supposed to be up close, and you measure how bright it is at a distance, you can calculate that distance," says Kirby. "Type Ia supernovae have been very useful in calculating things like the rate of expansion of the universe. We use them all the time in cosmology. So, it's important to understand where they come from and characterize the white dwarfs that generate these explosions."

The next steps are to study elements other than nickel, in particular, manganese. Manganese production is very sensitive to the mass of the supernova that produces it, and therefore gives a precise way to validate the conclusions drawn by the nickel content.

The paper is titled "Evidence for Sub-Chandrasekhar Type Ia Supernovae from Stellar Abundances in Dwarf Galaxies." In addition to Kirby, co-authors are Justin L. Xie and Rachel Guo of Harvard University, Caltech graduate student Mithi A. C. de los Reyes, Maria Bergemann and Mikhail Kovalev of the Max Planck Institute for Astronomy, Ken J. Shen of University of California Berkeley, and Anthony L. Piro and Andrew McWilliam of the Observatories of the Carnegie Institution for Science. Funding was provided by the National Science Foundation, a Cottrell Scholar award from the Research Corporation for Science Advancement, and Caltech.