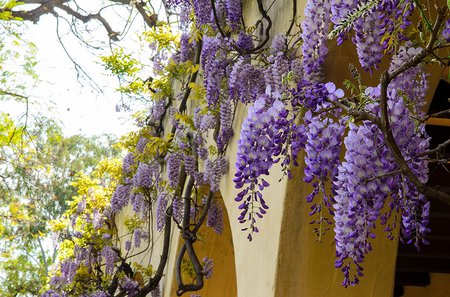 In 2017, Caltech welcomed 20 new faculty members to the Institute's six divisions—specialists in fields ranging from entomology to quantum physics. This year's class of incoming faculty deepens Caltech's academic bench in a variety of key fields, from computational biology to machine learning to political science.

Division of Biology and Biological Engineering

Pachter (BS '94) uses computational biology methods to study the function of RNA, a molecule critical to many cellular functions. Pachter spent his childhood in Israel, South Africa, and California, and then came to Caltech to study math as an undergraduate. During his PhD at MIT, Pachter became interested in the intersections of mathematics and biology, leading him to focus his research on computational biology. He's completed a postdoctoral fellowship at UC Berkeley and was named professor of mathematics, molecular and cell biology, and computer science, and he eventually held the Raymond and Beverly Sackler Chair in Computational Biology before leaving Berkeley for Caltech.

Parker, an entomologist, focuses his research on a fundamental question in biology: How predictable is evolution, and to what extent is evolutionary change predetermined by ancestral conditions? He has established a unique model system to address this question: rove beetles that live symbiotically inside colonies of ants and termites. Parker, a native of Wales, studied zoology during his undergraduate education at Imperial College London and received a PhD from the University of Cambridge in 2006. Prior to arriving at Caltech, he held a Sir Henry Wellcome Postdoctoral Fellowship and an Ellison Medical Foundation scholarship at Columbia University.

Thomson is a computational biologist, studying the decisions that cells make—for example, within tissues of a developing organism or within our immune system. He develops mathematical models to ask how cellular regulatory networks generate the vast diversity of cell types that exist in the human body and applies these models to engineer and rewire cellular physiology to synthesize new types of cells that do not exist in nature. He received his undergraduate degree in physics in 2001 and a doctorate in biophysics in 2011, both from Harvard University. Prior to coming to Caltech, Thomson was a fellow at UC San Francisco.

Voorhees aims to understand the molecular mechanisms of protein biogenesis—that is, how proteins are formed—and the cellular quality-control processes that recognize and degrade proteins, and messenger RNA molecules that fail at any step during biogenesis. To explore these problems, she uses structural and functional techniques, including X-ray crystallography and single-particle cryoelectron microscopy. Voorhees received bachelor's and master's degrees from Yale University in 2007. After completing her PhD in molecular biology from the University of Cambridge in 2011, she became a Sir Henry Wellcome Fellow at the Medical Research Council Laboratory of Molecular Biology in Cambridge, England.

Division of Chemistry and Chemical Engineering

Ondrus is interested in small molecules and the roles they play in biological pathways. She focuses on the Hedgehog signaling pathway, which is responsible for many basic functions in animals including development and organization of the overall body plan. Mutations in Hedgehog pathway genes can lead to congenital deformities as well as both juvenile and adult cancers. In particular, Ondrus studies how small molecules, such as cholesterol, control the activity of the Hedgehog protein during the development of embryos. Ondrus received her bachelor's degree from the University of Alberta in 2003 and her PhD in organic chemistry from MIT in 2009.

Robb studies topics at the intersection of synthetic organic chemistry and polymer science. He and his group develop new chemistry for the development of functional, stimuli-responsive soft materials. They use multifaceted strategies to develop mechanically sensitive molecules called mechanophores that, for example, change color, generate light, or produce reactive functional groups when under stress. Robb earned his bachelor's degree from the Colorado School of Mines in 2009 and his PhD in chemistry from UC Santa Barbara in 2014.

See takes an interdisciplinary approach to tackle fundamental questions related to electrochemical devices, such as batteries. She and her group combine expertise in materials chemistry, analytical chemistry, and electrochemistry to elucidate the structure of active materials during and as a result of charge-transfer processes in batteries and other materials—work that will further the fundamental knowledge of redox processes and enable better materials design and ultimately more efficient devices. She earned her bachelor's degree from the Colorado School of Mines in 2009 and her PhD in chemistry from UC Santa Barbara in 2014.

Division of Engineering and Applied Science

An expert in bipedal robotics, Ames runs the Advanced Mobility Laboratory at the Center for Autonomous Systems and Technologies (CAST), where he hand-builds robots and prosthetic limbs, and also designs the algorithms that govern how they walk. These algorithms couple efficiency equations (how can I walk most efficiently?) with so-called boundary constraints (how can I not fall over?) to teach robots to generate their own walking gait. Ames received a Bachelor of Science degree in mechanical engineering and a Bachelor of Arts in mathematics from the University of St. Thomas in St. Paul, Minnesota, in 2001, a master's in mathematics and a doctorate in electrical engineering and computer sciences from UC Berkeley in 2006.

Anandkumar's research focuses on machine learning and artificial intelligence, investigating how to make them fast and practical for real-world use. Born in Mysore, India, Anandkumar received her Bachelor of Science in electrical engineering from the Indian Institute of Technology Madras and her PhD from Cornell University. She was a postdoctoral researcher at MIT from 2009 to 2010 and an assistant professor at UC Irvine from 2010 to 2016, and worked as a visiting researcher at Microsoft Research New England in 2012 and 2014. Since 2016, she has been a principal scientist at Amazon Web Services, working on the practical aspects of deploying machine learning at scale using the cloud infrastructure.

Gao, who is interested in the future of personalized and precision medicine, currently works on the next generation of wearable health monitors and nanomachines that could enable rapid and hyper-localized drug delivery and surgery. Originally from China, Gao received his bachelor's degree in mechanical engineering from Huazhong University of Science & Technology and his master's in precision instruments from Tsinghua University. In 2014, he earned a doctorate in chemical engineering from UC San Diego.

In early 2017, Wang and 30 members of his lab group moved from Washington University in St. Louis into a newly renovated 8,000-square-foot lab in the Andrew and Peggy Cherng Department of Medical Engineering at Caltech. Using a combination of light and sound, Wang is noninvasively peering deeper inside biological tissues than previously possible. His novel imaging technologies—three-dimensional photoacoustic microscopy and functional photoacoustic computed tomography—generate detailed color images of tumors and other structures inside the body. Born in China, Wang earned his PhD at Rice University in Houston.

Division of Geological and Planetary Sciences

Bucholz is investigating a variety of petrologic problems pertaining to the formation of the continental crust, mass transfer occurring at subduction zones, and temporal variations in the chemistry and character of igneous rocks. She has worked at far-flung sites throughout the world, including the Gobi Altai region of Mongolia, the Shetland Islands, the Indian Himalayas, and far northern Ontario, Canada. Bucholz earned her doctorate in geochemistry through a joint program of MIT and Woods Hole Oceanographic Institute, where from 2012 to 2015 she was a National Science Foundation Graduate Research Fellow.

Callies is working to understand the ocean's circulation and how it regulates the climate on Earth. He studies ocean circulation both in situ and via satellite observations, developing models and numerical simulations to advance our conceptual understanding of ocean physics. Callies is also interested in the large-scale circulation of the deep ocean, which connects deep-ocean reservoirs of heat and carbon with the atmosphere, and thus plays a crucial role in setting the pace of past and future climate change. He earned his master's degree from the University of Hamburg in Germany in 2011 and his doctoral degree from MIT in 2015.

Division of the Humanities and Social Sciences

Doval received her PhD in economics from Northwestern University in 2016, and came to Caltech from Yale University, where she spent a year as a postdoctoral associate at the Cowles Foundation. Her research interests include information economics, mechanism design, and marketing design. She focuses on dynamic matching markets—those in which prices aren't the primary drivers and in which each side of a transaction has to be chosen by the other side (college admissions or organ donations, for example). She studies how the characteristics of these markets affect the ability of its participants to find their match and how those characteristics might be tailored to increase efficiency or fairness.

Gibilisco's research interests include formal political theory, comparative political economy, and political methodology. He uses dynamic game theory to study how intergroup conflicts evolve and how legislative policy is made. More specifically, he's interested in how to design constitutions, presidential powers, or political institutions like legislatures in order to decrease conflict and increase compromise among multiethnic groups, and how to build robust political systems that protect the rights of minorities. Gibilisco received his PhD in political science from the University of Rochester in 2017.

Holland, who is also an associate professor of Germanic and Slavic studies at UC Santa Barbara, is interested in how scientific theories, philosophy and poetic creativity connect in German culture of the 18th and 19th centuries. She has published books on how German Romantic poets discussed theories about procreation and on the philosophical work of German scientist Johann Wilhelm Ritter. Her research projects from the past few years have included exploring topics such as the emergence of a theory of technology in the 18th century and the modern history of the "Archimedean point," a concept in which an individual separates themselves from a line of inquiry so they can be completely objective. Holland earned her bachelor's degree at Harvard's Radcliffe College and her PhD from Johns Hopkins University.

Lopez-Moctezuma's research interests include collective decision making in committees and in institutions such as the United States Senate and the Federal Open Market Committee (the body in charge of implementing monetary policy in the U.S.), and the analysis of elections using different quantitative methods, such as structural estimation, causal inference, and text analysis. He wants to understand how political institutions, electoral rules, and voting procedures affect group decision making at levels that range from small committees of policy makers to large groups of voters such as the U.S. electorate. Lopez-Moctezuma received his PhD in politics from Princeton in 2016 and then spent a year as a postdoctoral associate at Yale University's Cowles Foundation.

Division of Physics, Mathematics and Astronomy

Fuller is a theorist who primarily studies the physics of vibrating fluid spheres—including planets, supergiant stars, neutron stars, and astronomical objects. He has studied tidal interactions in merging white dwarf systems; so-called heartbeat stars, which are oscillating stars in binary systems; and compact triple-star systems. More recently, he has investigated the magnetic fields inside red-giant stars, the deep interior of Saturn as revealed by its rings, and the long-term evolution of Saturn's moons. Fuller received his bachelor's degree in 2008 from Whitman College and his PhD in astronomy and space sciences in 2014 from Cornell University.

Hutzler uses lasers to study atoms and molecules. His work has applications in quantum information and computation as well as in "many-body" systems—systems that contain many interacting particles. Hutzler takes a different approach to finding new particles and forces than researchers who use particle colliders—he uses tabletop experiments to look for the signatures of new particles interacting with regular matter, in particular atoms and molecules. He received his bachelor's degree in mathematics from Caltech in 2007 and his PhD in physics in from Harvard University in 2014.

Simmons-Duffin studies strongly coupled quantum field theories, which describe the behavior of tiny particles that strongly interact. These theories involve both quantum mechanics and the laws of special relativity. In particular, he works on so-called conformal field theories (an example of which describes how the heat capacity of water changes with temperature). His work has applications in quantum computing, quantum gravity, and high-temperature superconductors. Simmons-Duffin received his bachelor's degree in 2006 and his doctoral degree in 2012, both from Harvard University.