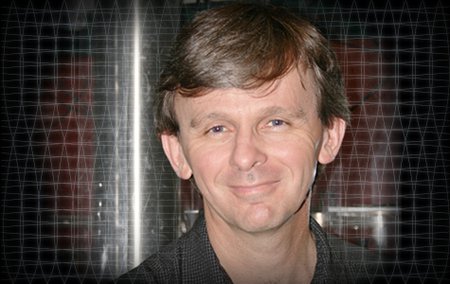 PASADENA, Calif.—David Reitze has been named executive director of the Laser Interferometer Gravitational-Wave Observatory (LIGO), designed and operated by the California Institute of Technology (Caltech) and the Massachusetts Institute of Technology (MIT), with funding from the National Science Foundation (NSF). Reitze has also been named a senior research associate at Caltech.

A professor of physics at the University of Florida, Gainesville, and a visiting associate at Caltech since 2007, Reitze will succeed the retiring Jay Marx. Marx, a senior research associate in physics at Caltech, served as executive director since 2006 and will continue to work on LIGO part-time.

"I'm really excited about joining the LIGO laboratory and Caltech and serving in the role of executive director," says Reitze, who received his PhD from the University of Texas at Austin in 1990 and has been involved in the LIGO project since 1996. His early research focused on ultrafast optics and the development of high-power optical components and ultrafast lasers. More recently, he led the design effort for the input optics of Advanced LIGO, a more sensitive incarnation of the detector slated to begin operation in 2014. "In addition to the incredible science that LIGO will do, one of the main reasons I accepted the position was the outstanding quality and commitment of the LIGO laboratory staff," he says.

LIGO was originally proposed decades ago as a means of detecting gravitational waves. Gravitational waves are ripples in the fabric of space and time—produced by massive accelerating objects such as black-hole and neutron-star collisions—which propagate outward through the universe. They were first predicted in 1916 as a consequence of Albert Einstein's general theory of relativity.

Each of the L-shaped LIGO interferometers (including 4-km detectors in Hanford, Washington, and Livingston, Louisiana) use a laser split into two beams that travel back and forth down long arms (which are beam tubes from which the air has been evacuated). The beams are used to monitor the distance between precisely configured mirrors. According to Einstein's theory, the relative distance between the mirrors will change very slightly when a gravitational wave passes by.

LIGO research is carried out by the LIGO Scientific Collaboration (LSC), a group of 840 scientists at universities around the United States and in 13 other countries; Reitze served as the LSC spokesperson from 2007 to 2011.

The LSC network includes the LIGO interferometers and the GEO600 interferometer, a project located near Hannover, Germany, and designed and operated by scientists from the Max Planck Institute for Gravitational Physics, along with partners in the United Kingdom funded by the Science and Technology Facilities Council (STFC). The LSC works jointly with the Virgo Collaboration—which designed and constructed the 3-km long Virgo interferometer located in Cascina, Italy—to analyze data from the LIGO, GEO, and Virgo interferometers.

The next major milestone for LIGO is Advanced LIGO, which will incorporate upgraded designs and technologies that have been developed by the LSC. The original configuration of LIGO was sensitive enough to detect a change in the lengths of the 4-km arms by a distance one-thousandth the size of a proton; Advanced LIGO, which will utilize the infrastructure of LIGO, will be 10 times more sensitive.

The increased sensitivity will be important because it will allow scientists to detect cataclysmic events such as black-hole and neutron-star collisions at 10-times-greater distances. And because LIGO can "see" in all directions, Advanced LIGO will be 1,000 times more likely to detect gravitational waves and will make important contributions to astronomy and physics.

"This is a great time in LIGO's history," Reitze says. "Over the past decade, we've demonstrated that we can build and operate the LIGO interferometers with truly exquisite sensitivity and use them to conduct scientifically interesting searches for gravitational waves. It's also an exciting time for worldwide gravitational-wave scientific community," he adds.

"We're really delighted to have Dr. Reitze take over the leadership of LIGO. He knows the project, the science, and the challenges, and is superbly qualified to lead the team in bringing the Advanced LIGO detector on line," says Tom Soifer, professor of physics, director of the Spitzer Science Center, and chair of the Division of Physics, Mathematics and Astronomy at Caltech. "Jay Marx set a high standard," he adds, "and Dave is fully ready to match that in leading LIGO in this most exciting time. We're looking forward to the first detections of gravitational waves from astronomical sources, and the new window on the universe it will provide."

"Once Advanced LIGO is running, we'll continue to work closely with our European colleagues at GEO600 and Virgo as part of the new and growing global gravitational-wave network," Reitze says. "The Large Cryogenic Gravitational Wave Telescope in Japan is scheduled to begin operation soon after Advanced LIGO, adding a fourth detector to the network. The global network will allow us to look at the underlying sources of gravitational waves in tandem with other types of astronomical telescopes—optical, radio, X-ray, gamma ray—to give a much better picture of the astrophysics of the most violent events in the universe."