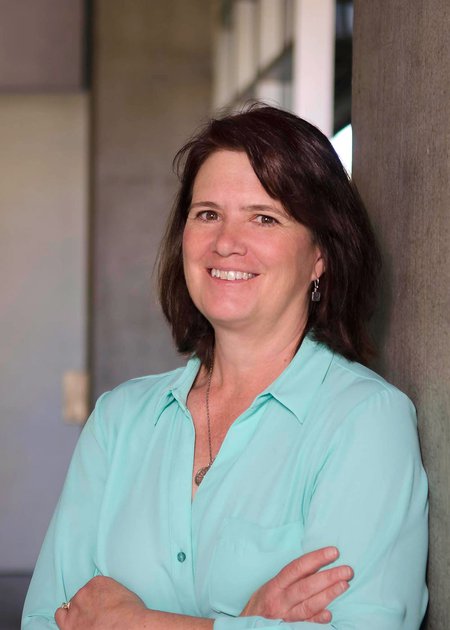 Fiona Harrison, the Benjamin M. Rosen Professor of Physics, will become chair of the Division of Physics, Mathematics and Astronomy on September 1. Credit: Lance Hayashida/Caltech

Fiona Harrison, the Benjamin M. Rosen Professor of Physics, has been named the new chair of the Division of Physics, Mathematics and Astronomy (PMA). When she begins her five-year term on September 1, she will assume the Kent and Joyce Kresa Leadership Chair, replacing current division chair Tom Soifer, professor of physics and director of the Spitzer Science Center.

Harrison first came to Caltech as a research fellow in 1993 after earning her PhD in physics at UC Berkeley. She joined Caltech's professorial faculty in 1995 and was named the Benjamin M. Rosen Professor in 2013. Harrison's research focuses on understanding some of the hottest, densest, and most energetic phenomena in the universe, as well as developing advanced detectors and instrumentation for future space missions. Currently, she is the principal investigator for NASA's Nuclear Spectroscopic Telescope Array (NuSTAR), the most powerful high-energy X-ray telescope ever developed, which has provided unprecedented views of black holes, neutron stars, and stellar remnants since it was launched into low-Earth orbit in June 2012.

"I'm delighted that Fiona Harrison is taking charge of PMA," says Jim Eisenstein, the Frank J. Roshek Professor of Physics and Applied Physics, who was the chair of the faculty search committee. "She is in many ways the ideal person for this job. Fiona brings top-drawer scientific chops, steady hands, and a genuine appreciation for the enormous breadth of research in PMA to the challenges the division faces going forward. I am very optimistic for her term as division chair."

The Board of Trustees formally approved Harrison's selection earlier this month.

In her new position, Harrison says she looks forward to working with the division's faculty, staff, and students "to advance the division's path-breaking research agenda and to focus on developing the most effective ways to educate our students."

Another top priority will be making sure PMA continues to attract the best people for its faculty, students, and staff. "I plan to help the division identify, recruit, and retain diverse and talented individuals at all levels," she says. "I am excited about the next five years, and about all the scientific discoveries we will make."