Recent News on the Debate over Pluto's Planethood 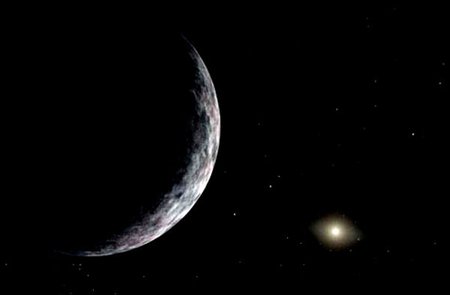 Earlier this month, Eris—the distant world first discovered by Caltech's Mike Brown and colleagues back in 2005, paving the way for the eventual demotion of Pluto from planet to dwarf planet—passed fortuitously in front of a faint star in the constellation Cetus. That passage, or occultation, allowed the first direct measurement of Eris's size. And it produced a surprising result that reignited—in the media, at least—the debate over Pluto's planethood: Eris and Pluto are, within the uncertainties, essentially the same size. But since Eris is 27% more massive than Pluto, Eris is substantially denser. The two objects, once thought to be slightly differently sized twins, are in fact very different.

But does this really mean that Pluto's demotion was unjustified?

Certainly not, Brown says. Pluto was not demoted simply because it was thought to be smaller than Eris, he explains, so even though the two are now known to be essentially the same size, the logic behind keeping both of them out of the planetary club remains the same. What is different, he says, is how much more interesting this discovery makes Eris.

"When we first discovered Eris, we thought it was just a slightly larger copy of Pluto. Finding a slightly larger copy doesn't teach you much more than the original, so even though Eris was always important to the public, it never garnered that much attention from astronomers, " Brown says. "Now that we know it has a substantially different composition from Pluto, we are scrambling to figure out ways to understand how a planetary system can produce such seemingly different objects out of what is supposed to be the same material."