Science Meets Art in a Warehouse in Brooklyn 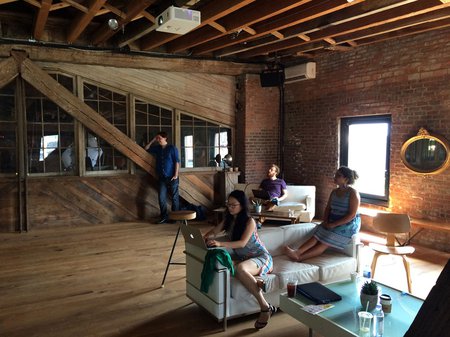 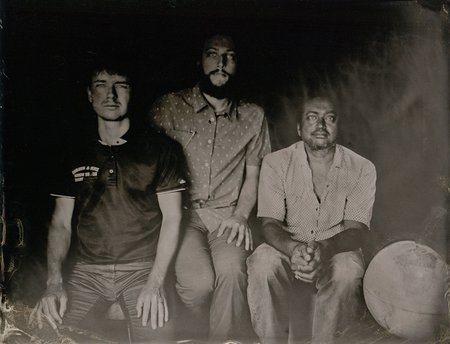 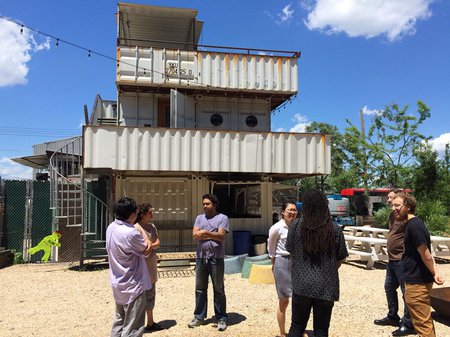 This past summer, in a brick warehouse in the waterfront community of Red Hook, Brooklyn, scientists from Caltech and other institutes gathered with artists and musicians to discuss everything from gravitational waves to tintype photography. The event took place at the Pioneer Works cultural center, which hosts exhibitions and lectures with the goal of bridging the gaps between different disciplines. For the Caltech physicists who attended the week-long event—including Rana Adhikari and Yanbei Chen, professors of physics at Caltech who both work on the Laser Interferometer Gravitational-wave Observatory, or LIGO—one goal was to think about their own research from a new perspective.

"One week wasn't really long enough," says Adhikari, who helped plan the collaborative event with Pioneer Works' director of sciences Janna Levin, an astrophysicist based at Barnard College of Columbia University in New York City. "It's useful to think about our science in a new way. We reset our brains."

Eight scientists from Caltech, MIT, Louisiana State University, and University of Birmingham participated in the event, along with about 20 local artists, musicians, and choreographers. The visiting scientists rented two big houses in Brooklyn and met regularly with the artists and musicians at the Pioneer Works workshop spaces. They toured 3-D sculptures, such as a big screen display of moving eyeballs; attended workshops on science and other cultural topics; and even sipped charcoal-infused cocktails that glowed under ultraviolet light. One workshop, for example, involved the dissecting of internet memes.

Caltech graduate student Belinda Pang, who participated in the workshop, says that artists and musicians are similar in that they are seekers of the truth. "Whereas scientists aim for a truth independent of the observer, artists seek a more subjective truth derived from the human experience," she says. "I think trying to bridge this divide is what makes the idea of bringing scientists and artists together so compelling."

The workshop participants also discussed gravitational-wave science. One of the ideas Adhikari wanted to talk about is a new proposed technique for improving LIGO's measurements. LIGO detects gravitational waves—undulations in space and time—from violent events like black hole and neutron star mergers. The LIGO instruments use laser beams that can sense when gravitational waves of a large enough magnitude pass by. But there are quantum, or subatomic, limits to how precisely LIGO can measure these waves. Essentially, photons pop in and out of existence all the time, creating noise in the laser system that can reduce the instruments' sensitivity to gravitational waves.

Adhikari and Chen have been working on various ways to account for, and disregard, the spurious photons, one of which involves a quantum effect called entanglement. In entanglement, particles like photons become connected to each other across space—if one changes, the other changes in similar ways even though they aren't physically in contact. The scientists' idea is to use extra mirrors in LIGO to bounce around the random photons, and encourage them to become entangled. The entangled photons would form a pattern that could be removed from the data signal.

"Ideas like entanglement are very inspiring to artists," says Pang. "Some choreographers at the event said they wanted to echo the phenomenon in their dance performances."

"One way I found the discussions with artists useful, especially as a student, was that they forced me to crystallize my explanations of what we are working on and why it is important," says Aaron Markowitz, a Caltech graduate student who attended the event. "Most conversations with nonexperts require some effort to pare away unnecessary details and confusing experimental subplots to arrive at the handful of key physics concepts at play. But artists are less nonexperts than experts of a different kind, because they are very good at asking, and sometimes answering, the 'why' questions."

One musician at the workshop, Bradford Reed, had the LIGO scientists thinking about entanglement in new ways. Reed is working on a project with similarities to entanglement—he uses feedback noises to enhance musical notes in the same way that feedback from LIGO's mirrors and laser enhance entangled states.

"Bradford is incorporating some of the LIGO data into his music—the quantum noise detected by LIGO is translated to sounds. We're keeping in touch to see if we can use his music processing techniques to help us understand our instrument better," says Adhikari.

The scientists also talked with musicians about LIGO's tests of Albert Einstein's general theory of relativity. So far, Einstein, who first predicted gravitational waves more than 100 years ago based on his general theory of relativity, has passed all tests with flying colors—his theoretical predictions match the LIGO data. Adhikari said that discussions with musicians got him to think about this topic in new way.

"In the same way that musicians tune their instruments by asking if a sound is the right note, we can ask whether aspects of Einstein's equations are in tune or not," he says. "This helps us find out where the equations break down, rather than prove them right."

In the future, Adhikari is hoping to plan similar events in the Los Angeles area.