A Sky Full of Planets 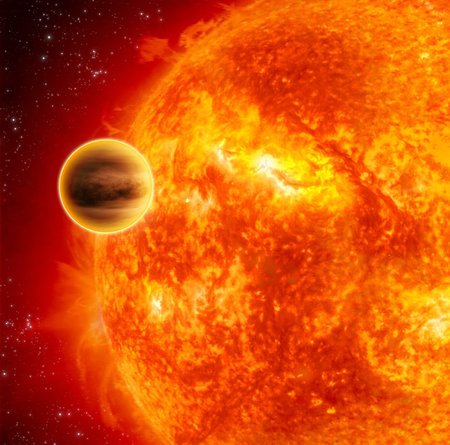 Think back to the last time you saw the Milky Way—that faint stripe of stars that thickens and brightens as you get farther from city lights. At least 200 billion stars fill the Milky Way, our galaxy. How many planets might orbit those stars? What would those worlds be like? Twenty years ago, it was anybody's guess.

In the 1990s, astronomers began to discover planets around other stars—so-called exoplanets. Since then, the confirmed count of exoplanets has skyrocketed to more than 850, with thousands of candidates awaiting follow-up. Astronomers now estimate that the stars in our Milky Way have an average of at least one planet each. (The next time you look up into the night sky, think about that.)

To those ends, nine Caltech astronomers and planetary scientists are forming a Center for Planetary Astronomy. Joining together in a single research center will help them maintain fruitful collaborations, collectively attract research funding and fellowships for young scholars, and recruit top students and postdoctoral scholars.

The nascent center's members bring complementary perspectives to the characterization of our newly discovered neighbors. Planetary science professor Geoff Blake, astronomy professor Lynn Hillenbrand, and senior research associate John Carpenter study planet-forming disks of gas and dust around young stars. Mike Brown, the Richard and Barbara Rosenberg Professor and professor of planetary astronomy, and Caltech's infamous Pluto-killer, studies fossil rubble from just such a disk—a fantastic array of thousands of planetesimals and chunks of rock and ice on the fringes of our solar system, known as the Kuiper belt, that yields clues to the primordial solar system. The remaining scientists are focused more on the planets themselves. John Johnson, an assistant professor of planetary astronomy, focuses on the detection and characterization of exoplanets, searches for worlds like Earth, and investigates how stars' masses affect planet formation by studying the relationships between exoplanets and the very different types of stars that they orbit. Heather Knutson, an assistant professor of planetary science, characterizes exoplanets' compositions, temperatures, atmospheres, and even their weather. Yuk Yung, the Smits Family Professor of Planetary Science, studies the atmospheres of planets, and Dave Stevenson, the Marvin L. Goldberger Professor of Planetary Science, studies planetary interiors and how they evolve. Gregg Hallinan, an assistant professor of astronomy, is trying to detect radio signals from exoplanets, which would indicate the presence of magnetic fields that could be a signature of habitability.

The center's members are excited about its potential contribution to the major discoveries that are sure to come in this field. "The unique combination of Caltech's top-ranked astronomical facilities, astronomy program, and planetary science program will allow us to access the deep and broad knowledge about planets and planetary systems that only comes from such a joint endeavor," says Brown.

Says Knutson, "I was trained as an astronomer, but what I do is planetary science. Caltech is one of the few places where we have great conversations between the two groups. And Caltech's resources, in terms of telescopes, give us the opportunity to move quickly and think big."