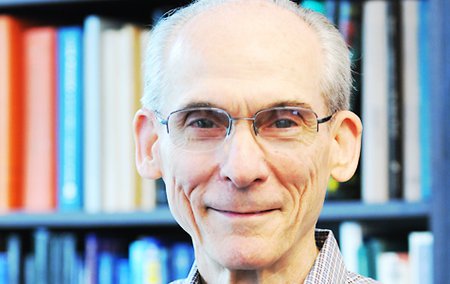 Ed Stone, the David Morrisroe Professor of Physics at Caltech and lead scientist on the Voyager 1 and Voyager deep-space probe missions since 1972, was awarded the Goddard Astronautics Award from the American Institute of Aeronautics and Astronautics (AIAA) at a gala ceremony on May 11 in Washington D.C.

Stone joined Caltech's faculty as a research fellow in 1964, the same year he received his PhD from the University of Chicago, and achieved the rank of full professor in 1976. A principal investigator on nine NASA spacecraft missions and coinvestigator on five others, he was formerly director of the Jet Propulsion Laboratory.