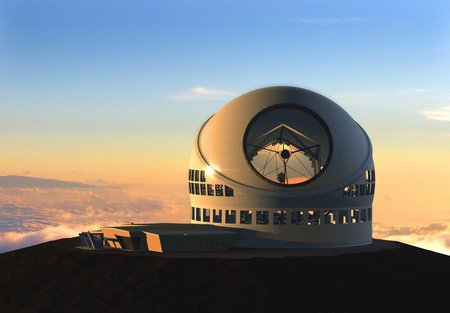 Scientific authorities on the Thirty Meter Telescope (TMT) project announced on Friday that they have now signed a master agreement formalizing project goals and providing a governing framework for the international collaboration. TMT is a partnership among Caltech, the University of California, and a number of astronomical observatories and institutions from Canada, China, India, and Japan.

The agreement establishes an official commitment among the partners and delineates the rights and obligations of its global collaborators. These measures are intended to ensure steady progress for the TMT, which is planned to start construction in April 2014 and begin scientific operations in 2022.

"We are pleased with this vote of confidence from the scientific authorities," said Edward Stone, the David Morrisroe Professor of Physics and vice provost for special projects at Caltech, and vice chair of the TMT Board. "Their signing of this master agreement is a key endorsement of TMT's scientific merits as well as the project's overall implementation plan."