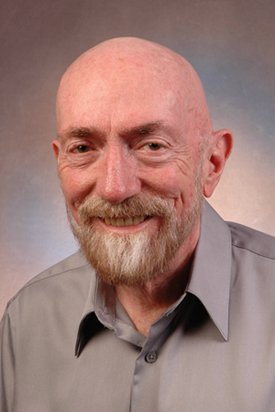 Thorne has won many awards over the years—including the 1996 Lilienfeld Prize of the American Physical Society, the 2004 California Scientist of the Year, and a 2010 UNESCO Niels Bohr Gold Medal—in recognition of his contributions to the current understanding of black holes and gravitational waves.  The Jackson Award recognizes another aspect of his career: his contributions as a teacher and mentor.

Thorne has been recognized previously for the role he has played in the education of young scientists—in 2000, he won an ASCIT (Associated Students of Caltech) award for his teaching of undergraduates, and in 2004, he was honored with the Caltech Graduate Student Council Mentoring Award.

According to a statement prepared by the AAPT, "Thorne has been mentor and thesis advisor for more than 50 Ph.D. physicists who have gone on to become world leaders in their chosen fields of research and teaching. A list of current leaders in relativity, gravitational waves, relativistic astrophysics, and even quantum information theory, would be heavily populated by former graduate students of Kip Thorne, together with other students who took his courses and were inspired and enabled by them."

For his part, Thorne says, "More than anything else, the thing that kept me at Caltech throughout my career was our superb graduate students and postdocs.  I have learned more from them over the years than they have learned from me.  I am grateful to them for the role they played in nominating me for this award."

In their letter of nomination, a group of Thorne's former students wrote, "Graduate physics education is under-appreciated and often neglected. We hope that the new AAPT Jackson award, and its acknowledgment of great teachers and textbook writers, like Kip, will inspire others to follow in his footsteps. We know of no one who has worked harder on his teaching and his textbooks, and with greater resulting effect, than our beloved teacher, Kip Thorne."

Thorne earned his BS from Caltech in 1962 and his PhD from Princeton University in 1965. He joined the Caltech faculty in 1966 and was promoted to emeritus status in 2009.

Thorne will receive the award in February at the 2012 AAPT Winter Meeting in Ontario, California.

To read the full release from the AAPT, click here.