What Astronomers are Gleaning from a Big Blast Called "Cow" 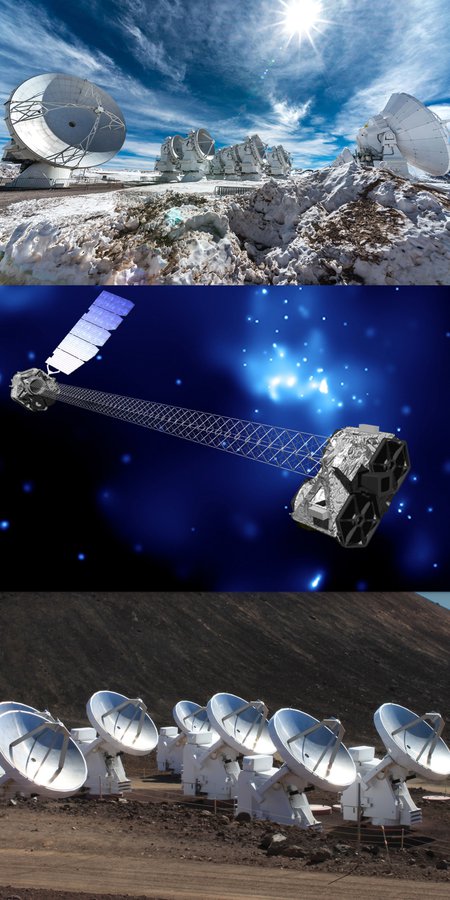 On June 16, 2018, a brilliant stellar explosion unlike any seen before went off in the skies, quickly capturing the attention of astronomers around the globe. First spotted by the ATLAS survey in Hawaii, the event was dubbed AT2018cow through a randomized naming system, and soon earned the nickname "Cow." Just three days after exploding, Cow had become 10 times brighter than a typical supernova—a powerful explosion that heralds the death of a massive star.

"We still don't know what this is, although it is one of the most intensely studied cosmic events in history," says Anna Ho (MS '17), a graduate student at Caltech and lead author of a new study about the event. Cow was likely a supernova, she says, although some scientists have proposed that it instead may have been caused by a black hole ripping apart a type of star called a white dwarf.

In the hours, days, and weeks after the event, telescopes on the ground and in space set their sights on Cow, witnessing a dramatic increase in brightness across the electromagnetic spectrum, from high-energy X-rays to low-energy radio waves. Ho and her colleagues observed millimeter-wave light, which is slightly higher in energy than radio waves.

"We've never seen a supernova this bright in millimeter waves," she says. "We were shocked."

Ho presented these results on January 10 at the 233rd meeting of the American Astronomical Society in Seattle. She and her team began observing Cow five days after it exploded using the Submillimeter Array in Hawaii, and soon after using the National Science Foundation-funded Atacama Large Millimeter Array (ALMA) in Chile. They observed the event, which has since declined in brightness in millimeter waves, on and off for a total of 80 days.

Ho says that the millimeter-wave data reveal that a shock wave is traveling outward from the explosion at one-tenth the speed of light. "The millimeter-wave data tell us about the early evolution of these fast-paced events, and about their impact on the environment," says Ho. By combining the millimeter-wave data with publicly available X-ray data, the team was also able to conclude that Cow is likely "engine-driven," and that a central object formed from a supernova—such as a black hole or dense dead star called a magnetar—was behind the flurry of activity.

In the future, Ho says that astronomers should be able to observe more real-time cosmic events like this in millimeter wavelengths, thanks to state-of-the-art surveys like ATLAS and Caltech's Zwicky Transient Facility (ZTF) at Palomar Observatory, which catch these events more quickly than before. "You have to act fast to catch the millimeter waves, but when you do, you are given a new window into what is happening in these brilliant explosions."

Caltech research scientist Brian Grefenstette is co-author of another recent study on Cow, led by Raffaella Margutti of the Center for Interdisciplinary Exploration and Research in Astrophysics and Northwestern University. The team used, among other telescopes, NASA's Nuclear Spectroscopic Telescope Array, or NuSTAR, to observe high-energy X-rays emitted in the explosion. NuSTAR captured an unusual "bump" in the high-energy X-ray spectrum, which also suggests an engine-driven explosion generated by a black hole or magnetar formed in a supernova.

"Thanks to the agility of the operations team, NuSTAR got on target about a week after Cow was discovered," says Grefenstette, who is a NuSTAR instrument scientist. "Astronomers think that this may be the first live view of a newborn compact object, such as a black hole, glowing brightly in X-rays. Because it is embedded in the ejecta of the supernova explosion, the engine would normally be hidden from view. The high-energy X-ray observations with NuSTAR are essential to piecing together the puzzle of what happened in this dramatic event."

The study led by Margutti with co-author Grefenstette, titled, "An embedded X-ray Source Shines Through the Aspherical AT2018cow: Revealing the Inner Workings of the Most Luminous Fast-Evolving Optical Transients," is accepted for publication in The Astrophysical Journal.

NuSTAR is led by Caltech's Fiona Harrison, the Benjamin M. Rosen Professor of Physics, and managed by the Jet Propulsion Laboratory for NASA's Science Mission Directorate in Washington. Caltech manages JPL for NASA.