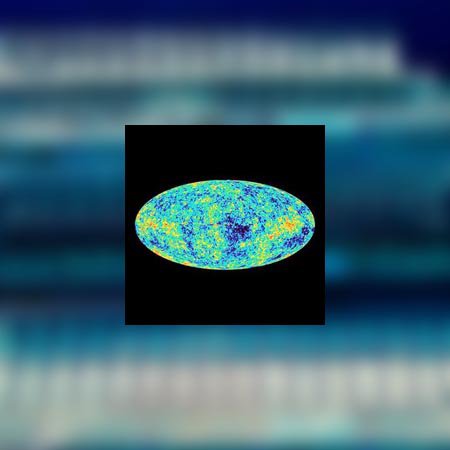 PASADENA, Calif.--The W.M. Keck Foundation has awarded $2.3 million to the California Institute of Technology (Caltech) to fund the Keck Array--a suite of three microwave polarimeters at the South Pole--and the corresponding research initiative, "Imaging the Beginning of Time: A Search for the Signature of Inflation in the Cosmic Microwave Background."

Andrew Lange, Marvin L. Goldberger Professor of Physics, chair of Caltech's Division of Physics, Mathematics and Astronomy, and senior research scientist at the Jet Propulsion Laboratory (JPL), will lead the project. Lange believes that the Keck Foundation's gift could lead to breakthroughs for both cosmology and high-energy physics. "We may be able to probe the very moment at which the universe sprang into existence and explore energies far higher than will ever be achieved in terrestrial accelerators," says Lange.

The polarimeters will analyze radiation that is a relic of the primeval fireball that filled the early universe. Now cooled from visible light to faint microwaves, this primordial radiation still fills the universe as the cosmic microwave background (CMB), first detected in 1965. The CMB bears rich information about the embryonic universe, information that Lange's research teams have successfully explored for 20 years. With the Keck Array, they're closing in on one of cosmology's most daunting problems.

Based largely on observations of the CMB, cosmologists now believe that the entire universe sprang from a subnuclear volume in a violent expansion known as inflation. Einstein's general theory of relativity predicts that such a violent space-time disturbance would have generated strong gravitational waves that would persist to this day as a cosmic gravitational-wave background (CGB)--a gravitational analog to the CMB. Though no instrument has detected unambiguous evidence of gravitational waves, their existence has been proved by inference. The Keck Array, far more sensitive than its predecessors, may be able to detect the faint signature of the CGB imprinted on the polarization of the CMB. (The Laser Interferometer Gravitational-Wave Observatory (LIGO), an NSF-funded collaboration between Caltech and MIT, uses different instrumentation in an effort to directly detect much higher frequency gravitational waves from comparatively nearby sources.)

Caltech and JPL scientists successfully tested the methodology with BICEP, a prototype polarimeter in operation at the South Pole since January 2006, while they developed detectors that will be able to map the sky 10 times faster and with more frequency coverage than the prototype. The Keck Foundation's gift makes it possible for Lange's team to upgrade to a full-scale instrument. All three polarimeters will be in operation by 2011.

"Caltech and the W.M. Keck Foundation share a focus on bold research that can transform our understanding of the world," says Caltech president Jean-Lou Chameau. "The foundation's support for research at Caltech has already made a tremendous difference to science. This new gift will allow Caltech researchers--who lead the world in CMB-related observation, theory, and technology--to make observations with a precision that seemed impossibly out of reach just a few years ago. This single, generous gift could have profound impacts on cosmology and high-energy physics."

Lange's team at Caltech includes cosmologists Marc Kamionkowski, Robinson Professor of Theoretical Physics and Astrophysics, who pioneered the theory behind the measurement, Christopher Hirata, a Sloan Research Fellow and assistant professor of astrophysics, and Sunil Golwala, assistant professor of physics, who contributed to the project proposal. Golwala shares major responsibility for the development of the state-of-the-art instrumentation. Jamie Bock leads the project at JPL.

Astrophysicists and engineers from institutions in the U.S., Canada, and the U.K.--including Case Western Reserve, the University of Chicago, Stanford, the National Institute of Standards and Technology (NIST), the University of Toronto, and Cardiff University--will collaborate with Caltech and JPL on this project.

Additional funding comes from the Gordon and Betty Moore Foundation, the National Science Foundation, the James and Nelly Kilroy Foundation, and the Balzan Foundation (research support linked to the prestigious Balzan Prize, awarded to Lange for his contributions to cosmology). All of the Keck funds will be used at Caltech.

About Caltech: Caltech is recognized for its highly select student body of 900 undergraduates and 1,200 graduate students, and for its outstanding faculty, which currently includes several Nobel laureates and numerous members of the National Academy of Engineering and the National Academy of Sciences. In addition to its prestigious on-campus research programs, Caltech operates the W. M. Keck Observatory in Mauna Kea, the Palomar Observatory, and JPL. Caltech is a private university in Pasadena, California. For more information, visit http://www.caltech.edu.

About the W.M. Keck Foundation: One of the nation's largest philanthropic organizations, the W.M. Keck Foundation was established in 1954 in Los Angeles by William Myron Keck. The foundation funds the work of leading researchers, the establishment of unique laboratories and research centers, and the purchase of sophisticated instruments, laying the groundwork for discoveries and new technologies that save lives, solve complex problems, and add immeasurably to human understanding of life and our place in the universe.