The Frontiers of Physics 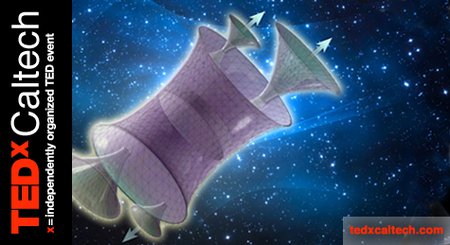 If your New Year's resolution is to be more organized and orderly, maybe you should take a cue from the universe. Rocks and gasses pack together into planets, which then orbit spheres of gas we know as stars, which are then organized into majestic galaxies. Galaxies themselves are then grouped together into clusters, forming the structure of the cosmos. Going back in time to the Big Bang, the universe was even more orderly—or in physics parlance, in a state of low entropy—when all matter and energy was squished together into a dense, cosmic soup.

But why the Big Bang had such low entropy is a big mystery, one with implications as to why the universe is the way it is, why life can exist, and why time moves forward rather than backward. The entropy of the universe is also a favorite topic of Sean Carroll, a theoretical physicist at Caltech. Carroll—the author of From Eternity to Here, a popular science book on entropy and the arrow of time—will be talking about these ideas in the second session of the TEDx conference at Caltech. The session, entitled "Frontiers of Physics," will include artists and musicians as well as some of the most accomplished physicists in their fields, continuing the TEDxCaltech theme of Feynman's Vision.

He never got a chance to meet Richard Feynman, Carroll says, but he shares the late professor's fascination with the entropy of the universe. In three separate texts, including the Feynman Lectures on Physics, Feynman raises the question as to why the cosmos was so orderly in the beginning. "He thought this was important, that Caltech freshmen should know this," says Carroll, who, incidentally, uses the same desk that Feynman did (there's a sticker underneath that reads "Feynman's Desk").

But over the years, Carroll says, research into cosmic entropy declined, as physicists were preoccupied with other cosmological problems, such as inflation theory—the idea that the universe underwent a quick and brief expansion soon after the Big Bang. "My goal is to bring it back to the forefront of consciousness," he says.