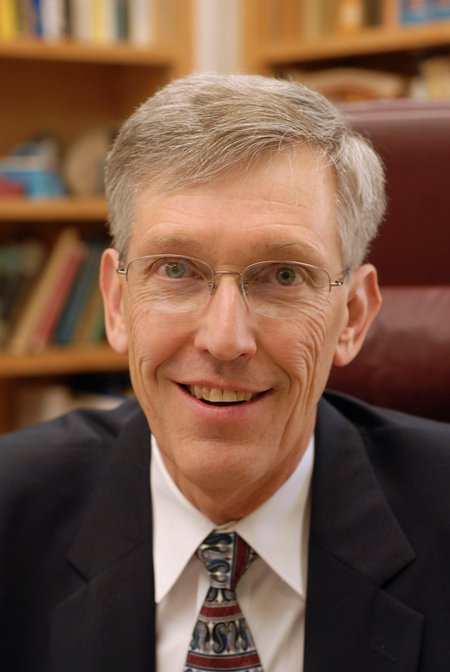 "It is a special honor for me to receive this award since I have the greatest respect for Professor Walther, beginning when we first met when I was a graduate student and continuing over almost 30 years as scientific colleagues and competitors," says Kimble, William L. Valentine Professor and professor of physics at Caltech. "Walther made historic contributions to physics that have shaped the future that we now all enjoy."

The Herbert Walther Award highlights scientific contributions in quantum optics and atomic physics and recognizes individuals for their efforts to promote excellence in the international scientific community. Kimble will accept the award at the Laser World of Photonics Conference in Munich, Germany, in May 2013.

Kimble became a professor of physics at Caltech in 1989. He was named Valentine Professor in 1997 and director of the Institute for Quantum Information and Matter at Caltech in 2011. He has cemented his reputation in quantum optics through discoveries relating to quantum measurement and quantum information science.

Kimble's research has led to greater understanding of novel quantum states of the electromagnetic field, such as "squeezed" and "antibunched" light. His demonstration in 1995 of a quantum phase gate that operated at the single photon level and was suitable for the implementation of rudimentary quantum logic has been considered seminal in establishing the experimental foundations of quantum information science. Kimble and his colleagues have also made important contributions to theoretical physics, including a new paradigm for the realization of distributed quantum networks.

The Herbert Walther Award was first given by the DPG and OSA in 2007. The namesake of the award, Herbert Walther, was a well-known scientist and educator from the Max Planck Institute for Quantum Optics (of which he was founding director) and Ludwig Maximilians University, Munich, who made significant contributions to the field of laser physics and optics; he passed away in 2006. Past recipients of the award include Alain Aspect, Marlan O. Scully, Serge Haroche, and David J. Wineland.