Physics at the Large Hadron Collider 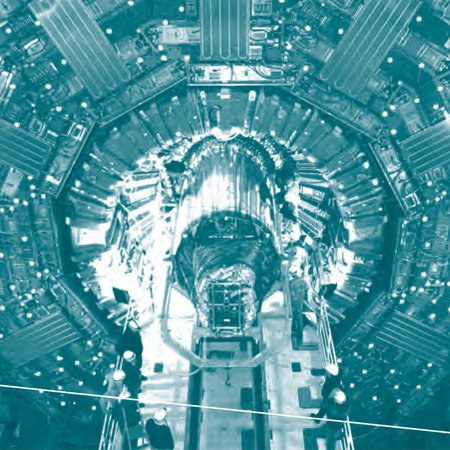 Professor of Physics Harvey Newman has been searching for signs of dark matter, extra dimensions, and the elusive Higgs particle at the Large Hadron Collider in Geneva, Switzerland. He'll be reporting from the high-energy frontier of particle physics at 8:00 p.m. on Wednesday, January 9, 2013, in Caltech's Beckman Auditorium. Admission is free.

A: I'm a high-energy physicist. Together with my colleague, Professor of Physics Maria Spiropulu, we explore the forces and matter that make up our universe, using the highest energies one can achieve at particle accelerators. These energies are now found in Switzerland, where CERN, the European Organization for Nuclear Research, sends protons traveling at 99.999997 percent of the speed of light crashing head-on into one another inside the Large Hadron Collider, better known as the LHC.

The LHC has two general-purpose detectors: our experiment, the Compact Muon Solenoid, or CMS, and ATLAS. "Compact" means "dense," not "small," and our experiment is relatively compact—it's only as tall as a four-story building, as opposed to ATLAS, which is like a six-story building.

Our lab had a primary role in designing the CMS's electromagnetic calorimeter, which detects high-energy photons and electrons using 76,000 crystals of lead tungstate. These crystals, which Caltech helped develop, together weigh 90 tons, and if they weren't so dense we would need even more of them in order to collect all those particles. And we need to see every particle, as we are looking for pairs of photons—a key signature of the Higgs particle that we've been focusing on for decades. We had first hints by the end of 2011, and by July 2012, CMS and ATLAS had accumulated sufficient evidence to announce the discovery of a Higgs-like particle.

Q: What is the Higgs, and why are you looking for it?

A: In 1964, Peter Higgs and others proposed the existence of a field that permeates all of space and would allow the generation of particle masses. The photon, which carries the electromagnetic force, has no mass, but the W and Z particles, which carry the weak force, do. But if you take the unified theory of the electromagnetic and weak interactions and try to put in a mass term for the W and one for the Z, the mathematics don't work. When you rewrite the theory to include the Higgs field, the Z and the W now have mass, the photon stays massless, and you get this other thing called the Higgs particle.

It is really quite amazing that relatively simple mathematical expressions describe how nature works. There's no reason for it, necessarily, but it is a characteristic of the world we live in. Fundamental expressions like F = ma [force equals mass times acceleration] have great predictive power in their own domains, and when you go outside those domains you have to look for something even more fundamental.

So it is for the so-called Standard Model of particle physics. It has been very successful until now, and yet we know that something lies beyond it. It does not have a candidate particle for dark matter, for example. It only describes normal matter, which is just 4 percent of the matter in the universe. And then there's dark energy, which we're not even sure has a "particles and fields" description. That's a frontier where we don't even know yet how to write things down. The Standard Model also does not work in the early universe. If you calculate the mass of the Higgs particle, the calculation blows up when we get to an energy scale that lies between where the universe is today and the moment of the Big Bang.

Caltech has a central role in the search for dark matter and whatever else lies beyond the Standard Model. It's a never-ending journey, and one that has inspired students at Caltech for decades.

Q: How did you get into this line of work?

A: I was in the fourth grade in PS 225 in Brooklyn, and one day Mrs. DeSimone put out a cart of books that went way beyond what was in our class. I read them all from end to end, and then I started to read everything in sight. I found Eric Rogers' Physics for the Inquiring Mind, which was a really odd book because there were all these hand drawings. It's clear that he was trying very hard to describe physics to the general public. It was also the biggest book in the library. So I carried it around, and I got fascinated by physics and astronomy, but my undergraduate advisor at MIT was in high-energy physics. I got to do experimental physics at age 17. As a grad student, I took the subway to Harvard to use the Cambridge electron accelerator, where my PhD work showed evidence of what turned out to be the so-called "charmed" quark, which was discovered the following year. That set the course of my career.