Stellar Death Caught in the Act 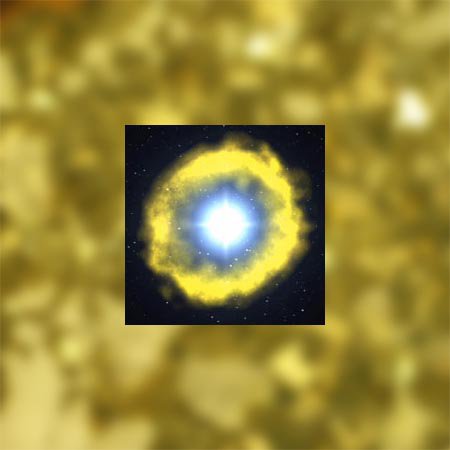 PALOMAR MOUNTAIN, Calif.--Thanks to a fortuitous observation with NASA's Swift satellite, astronomers for the first time have caught a star in the act of exploding. Astronomers have previously observed thousands of stellar explosions, known as supernovae, but they have always seen them after the fireworks were well underway.

"For years we have dreamed of seeing a star just as it was exploding, but actually finding one is a once-in-a-lifetime event," says Alicia Soderberg, a Hubble and Carnegie-Princeton Fellow at Princeton University, who is leading the group studying this explosion. "This newly born supernova is going to be the Rosetta Stone of supernova studies for years to come."

Led by Shrinivas Kulkarni, MacArthur Professor of Astronomy and Planetary Science and director of Caltech Optical Observatories, Caltech astronomers including graduate student Bradley Cenko and others undertook detailed observations with the automated Palomar 60-inch and the 200-inch telescopes. "It may well be that supernovae occur more commonly than we thought," remarked Kulkarni.

A typical supernova occurs when the core of a massive star runs out of nuclear fuel and collapses under its own gravity to form an ultradense object known as a neutron star. The newborn neutron star compresses and then rebounds, triggering a shock wave that plows through the star's gaseous outer layers and blows the star to smithereens. Astronomers thought for nearly four decades that this shock "breakout" produces bright X-ray emission lasting a few minutes.

But until this discovery, astronomers have never observed this signal. Instead, they have observed supernovae brightening days or weeks later, when the expanding shell of debris is energized by the decay of radioactive elements forged in the explosion. "Seeing the shock breakout in Xrays can give a direct view of the exploding star in the last minutes of its life and also provide a signpost to which astronomers can quickly point their telescopes to watch the explosion unfold," says Edo Berger, also a Hubble and Carnegie-Princeton Fellow.

Soderberg's discovery of the first shock breakout can be attributed to luck and Swift's unique design. On January 9, 2008, Soderberg and Berger were using Swift to observe a supernova known as SN 2007uy in the spiral galaxy NGC 2770, located 90 million light-years from Earth in the constellation Lynx. At 9:33 a.m. EST they spotted an extremely bright five-minute X-ray outburst in NGC 2770. They quickly recognized that the Xrays were coming from another location in the same galaxy.

In a paper appearing in the journal Nature on May 22, Soderberg and 38 colleagues show that the energy and pattern of the X-ray outburst is consistent with a shock wave bursting through the surface of the progenitor star. This marks the birth of the supernova now known as SN 2008D.

Although astronomers were lucky that Swift was observing NGC 2770 just at the moment when SN 2008D's shock wave was blowing up the star, Swift is well equipped to study such an event because of its multiple instruments observing in gamma rays, Xrays, and ultraviolet light. "It was a gift of nature for Swift to be observing that patch of sky when the supernova exploded. But thanks to Swift's flexibility, we have been able to trace its evolution in detail every day since," says Swift lead scientist Neil Gehrels of NASA's Goddard Space Flight Center in Greenbelt, Maryland.

Due to the significance of the X-ray outburst, Soderberg immediately mounted an international observing campaign to study SN 2008D. Observations were made with major telescopes such as the Hubble Space Telescope, the Chandra X-ray Observatory, the Very Large Array in New Mexico, the Gemini North telescope in Hawaii, the Keck I telescope in Hawaii, the 200-inch and 60-inch telescopes at the Palomar Observatory in California, and the 3.5-meter telescope at the Apache Point Observatory in New Mexico.

The combined observations helped Soderberg and her colleagues pin down the energy of the initial X-ray outburst, which will help theorists better understand supernovae. The observations also show that SN 2008D is an ordinary Type Ibc supernova, which occurs when a massive, compact star explodes. Significantly, radio and X-ray observations confirmed that the event was a supernova explosion, and not a related, rare type of stellar outburst known as a gamma-ray burst.

For an animated view of the supernova explosion, visit: http://www.yousendit.com/download/MlZmZGVTVnN5UkUwTVE9PQ