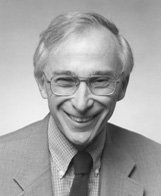 PASADENA—The California Institute of Technology Board of Trustees has approved the appointment of physics professor Thomas A. Tombrello chair of the Division of Physics, Mathematics and Astronomy.

"Tom Tombrello has demonstrated remarkable abilities in both research and administration through the years," Baltimore said. "Not only does he pursue a huge variety of interests, but he is also equally at home with basic and applied research.

"He's the ideal person to lead the division into the 21st century."

Tombrello and his research group are primarily involved in applying the techniques of theoretical and experimental physics to problems in materials science, surface physics, and planetary science. His ongoing research includes understanding the damage processes caused by megavolt ions in solids, characterizing the sputtering of materials by low-energy ions, and growing and studying novel light-emitting materials.

A native of Texas, Tombrello was born in Austin, grew up in Dallas, and earned his BA, MA, and PhD degrees at Rice University in Houston.

Tombrello came to Caltech in 1961, and except for a brief stint on the Yale faculty, has been here ever since. A full professor of physics since 1971, he also served as vice president and director of research at Schlumberger-Doll Research from 1987 to 1989. He was named William R. Kenan Jr. Professor at Caltech in 1997.

As chair of the Division of Physics, Mathematics and Astronomy, he will oversee a department that has long been acclaimed for groundbreaking research and outstanding faculty. The department's list of Nobel laureates includes Robert A. Millikan, who measured the charge of the electron; Carl Anderson, who discovered the positron and thus demonstrated the existence of antimatter; Richard Feynman, who revolutionized the theory of quantum electrodynamics with his Feynman diagrams; Murray Gell-Mann, who first predicted the existence of the quark as well as the quantum concept of strangeness; and William A. Fowler, who was one of the founders of the field of nuclear astrophysics.

Tombrello said that his immediate goals will be to strengthen the Division's efforts in theoretical physics, mathematics, and observational astronomy.