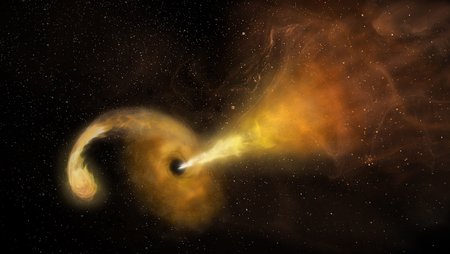 Artist's conception of a tidal disruption event (TDE), a star being shredded by the powerful gravity of a supermassive black hole. Material from the star spirals into a disk rotating around the black hole, and a jet of particles is ejected. Credit: Sophia Dagnello, NRAO/AUI/NSF 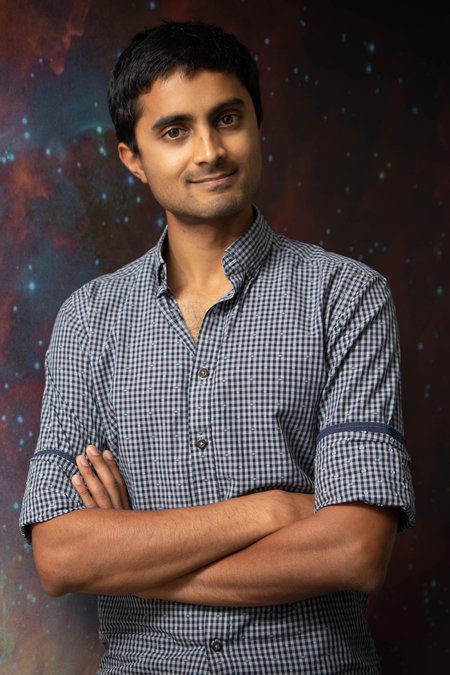 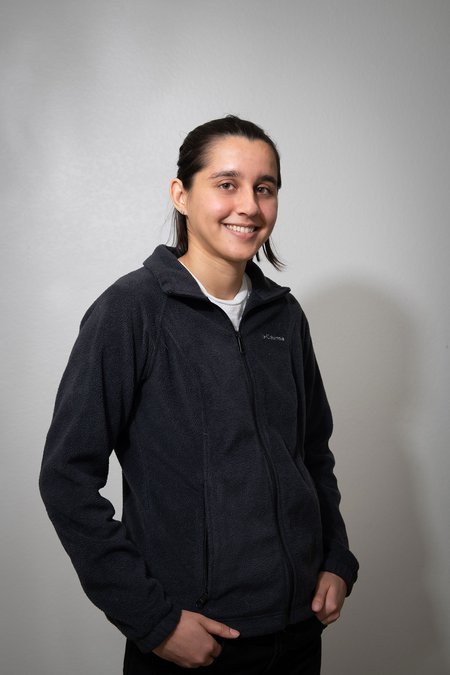 Artist's conception of a tidal disruption event (TDE), a star being shredded by the powerful gravity of a supermassive black hole. Material from the star spirals into a disk rotating around the black hole, and a jet of particles is ejected. Credit: Sophia Dagnello, NRAO/AUI/NSF
Tags:
astronomy & physics

Every galaxy, including our own Milky Way, has at its center a massive black hole whose gravity influences the stars around it. Generally, the stars orbit around the black hole without incident, but sometimes a star will wander a little too close, and the black hole will "make a meal" of the star in a process astrophysicists have termed spaghettification.

"Gravity around the black hole will shred these unlucky stars, causing them to be squeezed into thin streams and fall into the black hole," says Vikram Ravi, assistant professor of astronomy at Caltech. "This is a really messy process. The stars don't go quietly!"

As the stars are devoured, their remains swirl around the black hole and glow with light of different frequencies, which telescopes can detect. In some cases, the stellar remains are expelled in powerful jets that shine with radio-frequency light waves.

Ravi and his team, including two graduate students at Caltech, have now discovered what appears to be one of these black-hole-eating-a-star events—also known as tidal disruption events, or TDEs—using archival observations made by radio telescopes. Of the roughly 100 TDEs that have been discovered to date, this is only the second candidate to be found using radio waves. The first was discovered in 2020 by Marin Anderson (MS '14, PhD '19), a postdoctoral scholar at JPL, which is managed by Caltech for NASA.

"TDEs are primarily discovered in optical and X-ray light, but these methods may be missing some TDEs, such as those buried in dust," says Ravi, who is lead author of a new report on the findings accepted for publication in The Astrophysical Journal. "This study demonstrates the power of radio surveys to discover TDEs."

The same newfound TDE was also uncovered by astronomers at the University of Toronto, so the scientists teamed up to jointly publish their findings.

"An unprecedented amount of radio observations are now becoming available, positioning us to discover many more sources like this one," says co-author Hannah Dykaar of the University of Toronto. "Interestingly, neither of the radio-discovered candidates were found in the type of galaxy most popular for TDEs. Finding more of these radio TDEs could help us to illuminate ongoing mysteries about what types of galaxies they occur in and just how many there are in the universe."

The new TDE event, called J1533+2727, was first noticed by Ravi's team after two high school interns from Cambridge, Massachusetts—Ginevra Zaccagnini and Jackson Codd— scanned through decades of radio data captured by the National Radio Astronomy Observatory's (NRAO's) Karl G. Jansky Very Large Array (VLA) in New Mexico. The students worked with Ravi from 2018 to 2019 while he was a postdoctoral fellow at Harvard University. By comparing radio observations taken years apart, they found that one object, J1533+2727, was fairly bright in the mid-1990s but had dramatically faded by 2017.

Like detectives uncovering new clues in a historical case, they then searched the archives of the NRAO's Green Bank 300-foot telescope and learned that the same object was even brighter in 1986 and 1987 (the Green Bank telescope collapsed in 1988). Since its peak of brightness in the mid-1980s, J1533+2727 has faded by a factor of 500.

Adding up all the evidence, including brand-new VLA observations, the scientists think that the new TDE occurred when a supermassive black hole at the heart of a galaxy 500 million light-years away crushed a star and then expelled a radio jet traveling at near the speed of light. Three other TDEs have been associated with these so-called relativistic jets so far, but those were found in galaxies over 10 times farther away.

"This is the first discovery of a relativistic TDE candidate in the relatively nearby universe, showing that these radio-bright TDEs may be more common than we thought before," says Ravi.

TDEs have become a valuable tool for studying massive black holes. They were first theorized in the 1980s and then finally detected for the first time in the 1990s. Now that more than 100 have been found, the events have become a new means to study the hidden happenings of black holes.

Caltech graduate student Jean Somalwar, a new member in Ravi's group who is not an author on the current study, is hoping to capture more radio-bright TDEs with the VLA. She and her team have recently published one such candidate, which is either a TDE or a mysterious flare from an active supermassive black hole. Additionally, she is using data from the Zwicky Transient Facility, or ZTF, at Caltech's Palomar Observatory to uncover more optically bright TDEs (ZTF, which scans the night sky every two nights in visible light, has already discovered more than 15 of these events).

"TDEs basically turn flashlights onto these extreme regions at the centers of galaxies that we would not otherwise be able to see," says Somalwar. "They have become very powerful tools in recent years."

Somalwar and Ravi presented these results virtually on January 10, 2022, at the 239th meeting of the American Astronomical Society.

The Astrophysical Journal paper, titled "FIRST J153350.8+272729: the radio afterglow of a decades-old tidal disruption event," was funded by Harvard, the National Science Foundation (NSF), the City of Cambridge, the John G. Wolbach Library, and the Cambridge Rotary. Other Caltech authors include graduate student Dillon Dong (MS '18), Professor of Astronomy Gregg Hallinan, and staff scientist Casey Law. Additional authors are Bryan Gaensler and Maria Drout of the University of Toronto. Drout is also affiliated with the Observatories of the Carnegie Institution for Science.