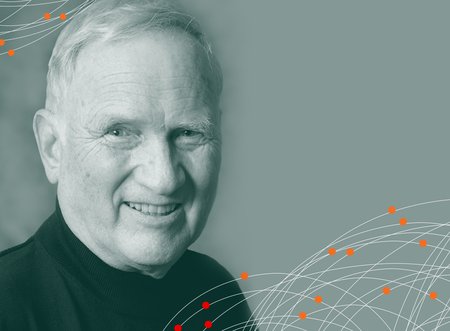 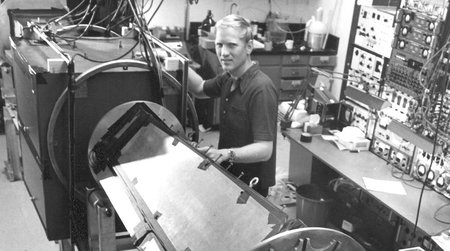 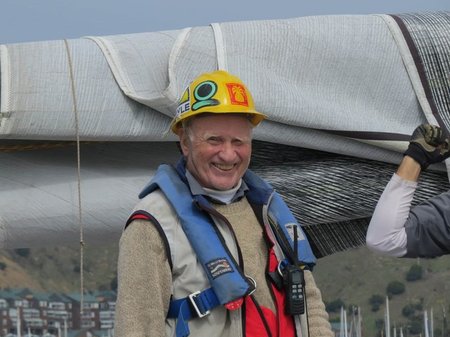 Caltech alumnus John Clauser (BS '64) has received the 2022 Nobel Prize in Physics, along with Alain Aspect of the Université Paris-Saclay and École Polytechnique, Palaiseau, France, and Anton Zeilinger of the University of Vienna, Austria, "for experiments with entangled photons, establishing the violation of Bell inequalities and pioneering quantum information science," according to the award citation.

Entanglement, first put forth as a thought experiment by Albert Einstein and other scientists in the 1930s, occurs when two particles, such as photons or electrons, remain connected, or correlated, even when separated by great distances. Einstein famously did not believe the phenomenon at first, calling it "spooky action at a distance," because the particles would appear to communicate faster than the speed of light, in violation of his special theory of relativity.

Clauser and the late Stuart Freedman were the first to prove experimentally that entanglement was not "spooky" after all but real. In 1972, while Clauser was a postdoctoral researcher at UC Berkeley and Lawrence Berkeley National Laboratory, and Freedman was a graduate student, the two borrowed equipment from others and scrounged other parts to put together an experiment in a basement lab at UC Berkeley. Ultimately, Clauser went on to perform three more experiments on his own, all showing, shockingly, that entanglement was a fundamental aspect of nature.

"I was having a lot of fun doing some very challenging experimental physics with apparatuses that I built mostly using leftover physics department scrap," said Clauser in a recent Q&A on the Caltech website. "Before Stu Freedman and I did the first experiment, I also personally thought that Einstein's hidden-variable physics might actually be right, and if it is, then I wanted to discover it. … I was very sad to see that my own experiment had proven Einstein wrong," he said. Hidden-variable theories, inspired by Einstein, along with Boris Podolsky and Nathan Rosen, argued that the phenomenon of entanglement may be an illusion, in which variables hidden from our knowledge were at play.

"Clauser's contributions were the seed from which a whole field of physics has grown," says Carver Mead (BS '56, MS '57, PhD '60), the Gordon and Betty Moore Professor of Engineering and Applied Science, Emeritus, at Caltech, referring to entanglement's applications to quantum cryptography, quantum computing, quantum information science, and more.

Clauser's experiments were based on a rule called the Clauser–Horne–Shimony–Holt (CHSH) inequality. While a graduate student at Columbia University in 1969, Clauser teamed up with Michael Horne, Abner Shimony, and Richard Holt to further develop ideas first put forth by the late John Stewart Bell of CERN. Bell came up with a clever way to test, in theory, whether entanglement included hidden variables as Einstein postulated or was indeed the result of a perplexing link between particles across space. The CHSH inequality took Bell's ideas and made them more accessible to experimental tests.

John Preskill, Caltech's Richard P. Feynman Professor of Theoretical Physics and the Allen V. C. Davis and Lenabelle Davis Leadership Chair of the Institute for Quantum Information and Matter (IQIM), explains Bell's theorem as follows: "In the 1960s, John Bell described a game played by two parties, let's call them Alice and Bob, such that if they play the best possible strategy, Alice and Bob can win the game with a higher probability of success if they share entangled qubits [quantum information bits] compared to when they share only classical bits. Bell's work highlighted that quantum entanglement can be a useful resource, enabling us to manipulate information in more powerful ways than would be possible in a world described by classical physics rather than quantum physics."

"John Clauser was among the first to appreciate the profound implications of Bell's work,"
says Preskill. "With Freedman, Clauser did the first experiment confirming that Alice and Bob can really win Bell's game with the higher success probability that quantum physics allows."

The work of Clauser, Aspect, and Zeilinger has far-reaching implications for technologies of the future. "It has become increasingly clear that a new kind of quantum technology is emerging. We can see that the laureates' work with entangled states is of great importance, even beyond the fundamental questions about the interpretation of quantum mechanics," said Anders Irbäck, chair of the Nobel Committee for Physics in the Nobel Prize news release.

After a 1972 conference where Clauser first presented his experimental results, the late physicist Ed Jaynes wrote: "What it seems to boil down to is this: a perfectly harmless looking experimental fact … which amounts to determining a single experimental point—and with a statistical measurement of unimpressive statistical accuracy—can, at a single stroke, throw out a whole infinite class of alternative theories of electrodynamics, namely all local causal theories. ... [T]his will surely go down as one of the most incredible intellectual achievements in the history of science."

Clauser was born in Pasadena in 1942. He earned his bachelor's degree from Caltech in 1964 and his PhD from Columbia University in 1969. His family has many ties to Caltech. His father Francis H. Clauser was a Caltech professor and department chair, and both Francis and his brother Milton U. Clauser were PhD students at Caltech under Theodore von Kármán. Milton U. Clauser's son, Milton J. Clauser, and grandson, Karl Clauser, both went to Caltech. Clauser's mother, Catharine McMillan Clauser, was Caltech's humanities librarian—and her brother, John Clauser's uncle, Caltech alumnus Edwin McMillan won the Nobel Prize in Chemistry in 1951.

Clauser, Aspect, and Zeilinger also jointly won the Wolf Prize in Physics in 2010.