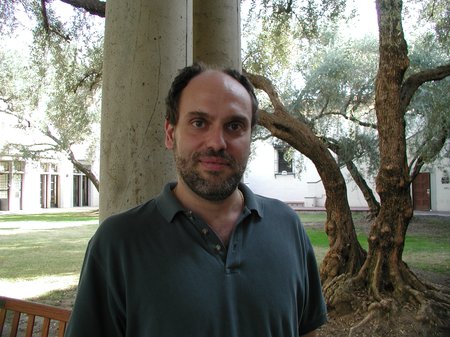 The Society for Industrial and Applied Mathematics (SIAM) named Oscar P. Bruno, professor of applied and computational mathematics at Caltech, as a member of its 2013 Class of Fellows.

Bruno is one of 33 fellows selected by SIAM for "exemplary research as well as outstanding service to the community," according to the organization. "Through their contributions, the 2013 Class of Fellows is helping advance the fields of applied mathematics and computational science," the organization stated in a March 29 press release.

"SIAM is an organization that includes many of the leading applied mathematicians from around the world, so I am honored to have been selected for their 2013 Class of Fellows," Bruno says.

Bruno graduated with a Friedrichs Prize for an outstanding dissertation in mathematics from the Courant Institute of Mathematical Sciences at New York University in 1989. He became an associate professor at Caltech in 1995 and a professor of applied and computational mathematics in 1998. He has served as executive officer of Caltech's Applied and Computational Mathematics department, and he is the recipient of a Young Investigator Award from the National Science Foundation and a Sloan Foundation Fellowship.