Viewing the Cosmos from the South Pole: An Interview with Jamie Bock 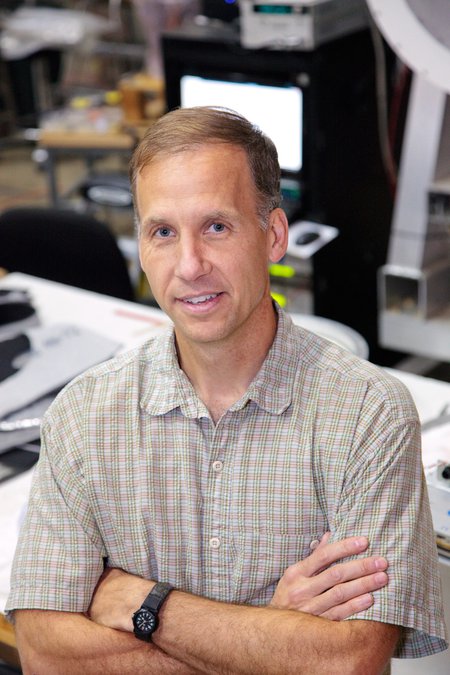 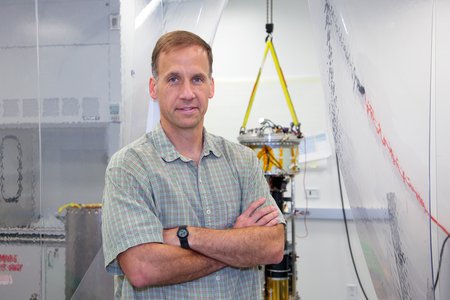 The early universe was filled with energy, and quantum mechanical fluctuations led to tiny variations in its density. Thanks to that rapid early expansion—called inflation—those small quantum fluctuations over time stretched to vast scales, forming cosmic structures like galaxies and galaxy clusters. Inflation stretched space faster than photons can travel, flinging apart different regions of the universe. This means there may be distant parts of the cosmos whose photons are still trying to reach us—and the universe we can see now may be just a tiny fraction of a much larger universe.

But what exactly triggered cosmic inflation? Scientists like Jamie Bock are trying to answer that question and others about what the universe was like during those first moments of existence. Bock is part of Caltech's experimental cosmology group, which devises new kinds of detectors, telescopes, and experiments to study the cosmic microwave background—the Big Bang's afterglow, which fills the entire sky. Bock—who is no stranger to Caltech, as he has been affiliated with the university and JPL since 1994—joined the faculty in the fall. He recently answered some questions about his work.

What are you trying to learn?

We're searching for signatures from the time of inflation. And there's good evidence that a process like inflation happened in the moments after the Big Bang. For example, BOOMERanG, a balloon-borne experiment developed at Caltech, made a measurement in 2000 showing that the geometry of the universe is flat to within experimental precision. Flatness is a fundamental prediction of inflation. This tremendous expansion has taken whatever intrinsic geometry existed before inflation, and by stretching it out, makes the universe now appear flat.

While we know something like inflation happened in the early universe, we don't understand the physics behind it. Conventional wisdom says that inflation is related to exotic physics from some yet-to-be-understood grand unification theory, at energies well beyond what we can probe with particle accelerators on Earth. The exciting thing is that we are now making tests with the microwave background to pin down what exactly  causes inflation.

In particular, inflation makes a background of gravitational waves—ripples in space and time that are still lurking in the universe today. The amplitude of the gravitational-wave background is sensitive to the physical process behind inflation. These gravitational waves make a very small—possibly detectable—polarization signal in the microwave background. If we can detect this polarization signal, or even put a useful upper limit on it, we start to put constraints on what kind of physics caused inflation.

What kind of research does your group do?

I lead an experimental group that builds unique instruments for looking at the early universe. For studying the cosmic microwave background, we have a balloon experiment called Spider—which is a successor to BOOMERanG—that's searching for the polarization signal from inflation. We also have an experiment called the Keck polarimeter array, funded by the Keck Foundation, presently carrying out similar measurements from the South Pole.

Our group has a long affiliation with the Herschel and Planck satellites, which began with the building of focal-plane detectors at JPL, and both have now produced spectacular data that our group is helping to analyze. Planck is coming out with its first cosmology results this year.

More recently, I've gotten interested in slightly later times in the universe, borrowing techniques from our studies of the microwave background to study the extragalactic background light, a diffuse haze of light produced by early galaxies. Instead of detecting galaxies individually, which would require an enormous telescope, we can study the spatial variations made by many galaxies in this background haze. We can do this with a small telescope, a very efficient way to make observations, and the latest idea we're after is to make images at multiple wavelengths with an imaging spectrometer. Ultimately we hope to learn about the epoch of reionization, a period when the first galaxies started shining.

The Spider, BOOMERanG, and the Keck polarimeter array experiments have all been performed in Antarctica. Do you go often? What kind of work do you and your colleagues do there?

I've been to the pole four times during the summer myself, and some members of the group have wintered over. This year, we're making upgrades to the Keck array, testing the experiment, doing calibrations and measurements. Typically by the end of the season, we're back to observing the sky's microwave background. The station is closed from mid-February to October, and there are no flights in or out during the winter. We leave one person for the winter season to operate the experiment. Next year we plan to launch the SPIDER balloon experiment, which will fly in a circle around the continent during the Antarctic summer season.

The South Pole is a lot of fun, kind of like a summer camp for scientists. There are social activities every week—volleyball, pub trivia, and bingo night are my favorites. Satellite coverage for email is limited to eight hours a day, so you don't have a lot of distractions. Everything's provided, with great food, a gym, and even a greenhouse. Every morning you put on your winter gear and walk out across the airfield to the laboratory.

Right around now it would typically be about –30°F, a relatively balmy summer temperature. In the winter, it typically goes below –100°F at some point. Even in the summer you have to cover your whole body. The first breath is always a shock coming off the airplane. Some of the shock is due to the fact that the South Pole is at an altitude of 10,000 feet, standing atop two miles of ice. The air's thinner and it's a lot colder than when you get on the plane at the edge of the continent at sea level.

What have you enjoyed about being at Caltech and JPL?

I really value both institutions, and there's a great synergy between them. Caltech has fantastic students and postdocs, and combining their enthusiasm and drive with JPL's world-class professionals and technologies is a truly powerful combination. Working between the two institutions brings a world of new opportunities.

Bock grew up in Ohio before going to Duke University, where he received his BS in physics and math in 1987. He then went to UC Berkeley—where the late Caltech astrophysicist Andrew Lange was his advisor—for his MA and PhD in physics in 1990 and 1994, respectively. Bock then joined JPL as a postdoc, and has since held research positions at JPL and a visiting appointment at Caltech. He's now a professor of physics at Caltech.