My students, postdocs and I use pencils, chalk and computers to explore the extremes of the universe: the deepest potential wells, the densest matter, the hottest plasma; i.e. black holes, neutron stars and the early universe. The goals are to understand how they work, and how they came to be. Many long-standing questions about these extremes of physics can be answered by combining electromagnetic, particle and gravitational wave observations of the sources. Examples of such questions are: What is the nature of pulsar winds, and how do they affect companion stars? What happens when a star is tidally disrupted by a supermassive black hole? Are astrophysical black holes actually the vacuum Kerr solutions of general relativity? How do accretion disks work? When and how did the black holes in galactic nuclei form and grow? What powers gamma-ray bursts? How do single and binary neutron stars and black holes form and merge? What happens inside a neutron star that accretes matter?  Much of my current research involves making theoretical predictions of observable phenomena that can help answer these questions. 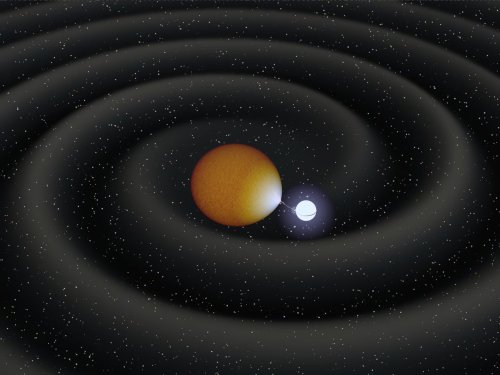 This plan requires that gravitational waves actually be detected, so I spent many years working to make that happen. LIGO is becoming more and more exciting as upgrades improve its sensitivity. Since 1997-2011 I was deeply involved in the ESA/NASA gravitational wave mission LISA (Laser Interferometer Space Antenna), as chair of the Mission Definition Team and cochair of the Science Working Group and serving on the International Science Team and. I was also Principal Investigator of a NASA concept study for a follow-on mission, the Big Bang Observer. This taught me that optics and hardware design is almost as fun as theoretical astrophysics, but politics is not. I am currently on the science team of a proposed Israeli-US ultraviolet time-domain satellite, ULTRASAT.

Topics on which my students and I currently work include binary pulsars and their relation to X-ray binaries, tidal disruption of stars by black holes, relativistic black hole mergers, exotic supernovae, the evolution of gaseous disks around binary black holes, the formation and fates of binary white dwarfs, and processes in the dense star clusters around black holes. So many ideas and so little time mean there is always room for another good student. Besides deciphering the extremes of the universe, I also have a hobby of figuring out simple quantitative explanations of everyday phenomena. This is fascinating, makes for good conversation and financial investments, and is valuable practice for research in astrophysics. You can learn and contribute to this in my Order of Magnitude Physics course.

My publications are listed here.