Magnetic fields play a fundamental role in the formation, evolution and ongoing physical characteristics of both stars and planets. The barrage of high-energy emission originating from the Sun during an explosive coronal mass ejection (CME) and the consequential display of beautiful aurorae at Earth's magnetic poles are good examples of stellar and planetary magnetic activity, their intertwined relationship and the potential impact on planetary biospheres.

Although well studied, our solar system is just one example of a magnetically active star hosting a planetary system. My research involves investigating magnetic activity in other nearby systems, with tracers detectable across the electromagnetic spectrum from radio to X-rays. Although we forgo the excellent spatial resolution and generous supply of photons available in observations of the Sun and solar system planets, this is countered by increasing our sample from one stellar system to many. This allows us to study systems very different to our own and assess the relationship between magnetic activity and such physical parameters as mass, age and rotation rate in a statistically robust fashion. 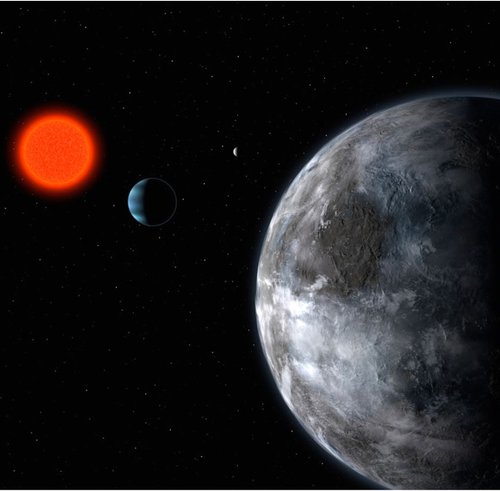 For example, some stars, particularly the young, rapidly rotating variety, possess extremely hot and dense coronae and produce massive magnetic flares, orders of magnitude more energetic than any produced by the Sun. I study these 'flare stars' with particular focus on detecting the sweeping radio bursts associated with the largest flares. I also use the technique of Very Long Baseline Interferometry (VLBI) to directly image their coronae, connecting radio telescopes across the globe to produce images with a resolution 1000 times better than that of the Hubble Space Telescope.

Another ongoing project involves the study of magnetic activity in brown dwarfs, those cool, dim objects that occupy the mass gap between planets and stars. The high-energy emissions associated with the presence of a high temperature corona, such as those detected from the Sun and active stars, are largely undetected from brown dwarfs. Instead, radio and optical observations indicate the presence of powerful aurorae near their magnetic poles, a million times more powerful than any detected in our solar system. Therefore, in terms of magnetic activity, it seems they behave more like super-planets than mini-stars. Of particular note are the powerful beams of radio waves associated with these aurorae that sweep Earth as the brown dwarf rotates, thereby producing periodic pulsing light curves that bear striking resemblance to those detected from pulsars. I use the Jansky Very Large Array (VLA) and the Keck telescopes to study these auroral emissions, which are a powerful diagnostic of magnetic activity in brown dwarfs. 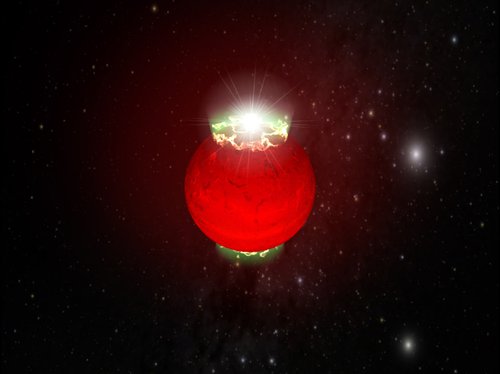 Detecting the intense radio emission associated with aurorae should also be a powerful method to determine whether an extrasolar planet has a magnetic field. The newest generation of radio telescopes are now powerful enough to properly commence systematic searches for radio emission from planets orbiting nearby stars. The first detection will open a new field of research - exoplanetary magnetospheric physics. I am conducting some of the deepest radio searches for exoplanets yet attempted, using low frequency radio telescopes like the Giant Metrewave Radio Telescope (GMRT) in India and the Long Wavelength Array (LWA) in New Mexico. 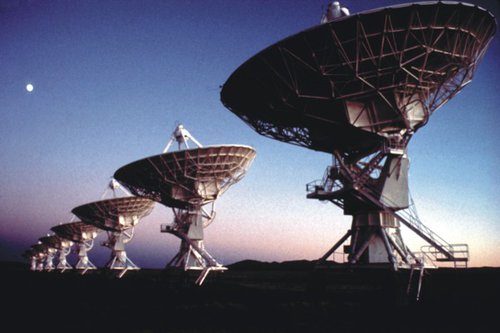 By virtue of the fact that much of my research involves detecting variable radio emission from stars, brown dwarfs and planets, I have also become very interested in the more general problem of trying to systematically search the sky for transient radio sources. Determining the best method to search the radio sky for anything that is pulsing, exploding, flaring or flickering is an interesting challenge and a worthy one. The discovery, classification and study of such transients offers enormous potential to uncover a wide range of new physics and astrophysics, the classical example being the discovery of pulsars in 1968. I have commenced programs to systematically search for variability in Jansky VLA data in an effort to detect new classes of transient radio sources. In addition I am leading efforts to build a Long Wavelength Array (LWA) station at the Owens Valley Radio Observatory that will instantaneously image the entire viewable sky every few seconds to search for radio transients.

I am really looking forward to working on these projects with graduate students at Caltech and my door (both real and virtual) is always open.