Near-Field Cosmology and the Chemical Evolution of Galaxies

My general area of research is near-field cosmology, studying our Galaxy and the Local Group to try to understand the properties of the distant Universe. This includes my long-term interest in the chemical evolution of our Milky Way galaxy, its globular clusters, and the outer halo field stars. I try to use detailed abundance analyses based on high-dispersion and high signal-to-noise ratio spectra obtained from the Keck Telescope to infer the formation details, timescales, present chemical inventory and past history of star formation and chemical evolution in nearby stellar systems of various types ranging from within our own galaxy to throughout the Local Group.

Galactic globular clusters have long been viewed as large stellar systems composed of stars of a constant age and fixed initial chemical inventory, but it has become clear over the past 15 years that this picture is too simple. Recently this has become a very hot topic with models that tie together the properties of the star-to-star variations among the light elements with the extent in color of the horizontal branch in a specific globular cluster. Current scenarios suggest the culprit is ejecta from AGB stars, which also would lead to large variations in helium content from star to star within a particular globular cluster. Understanding the details of all this has turned out to be much more challenging and interesting than I thought when I first embarked on work in this area. I currently have active projects to study the chemical uniformity of globular clusters of the Galaxy and of M31 (the latter in part through images taken with HST). 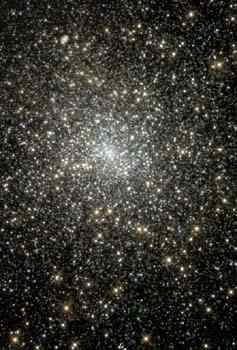 The other main goal of my effort for the past 7 years has been to determine the properties of supernovae in the young proto-Galaxy as inferred from the chemical inventory of extremely metal-poor halo stars. These stars are so metal-poor that they must have come from that very early epoch before the enrichment of the gas by more than one or two stellar explosions. The search for a suitable sample of such stars has taken a long time to reach fruition; they are very rare and hard to isolate from the multitude of much more metal-rich stars in other components of the Galaxy such as the thick disk.

I was heavily involved in the development of the Keck Observatory from its start to its completion. The late Bev Oke and I led the team that designed and built the Low Resolution Imaging Spectrograph, one of the three first light Keck instruments. When I walk around Palomar or Keck it gives me great pleasure to see the many things I have helped design and build, including major software as well as hardware projects.