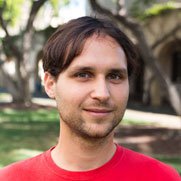 Alon Ron
During the last century the world has been revolutionized by advances in the semiconductor industry. In semiconductors, the electrons behave as individual particles which do not interact with one another. This makes them on one hand simple to understand but on the other hand does not allow the formation of exotic phases such as magnetism and superconductivity. It is crucial for electrons to interact in order for these rich physical phenomena to appear. In my research, I'm trying to go beyond the "natural" electron interactions in materials by inducing new phases of matter using very intense laser pulses.
CV (pdf) 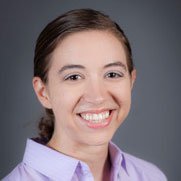 Rachel Theios
I study the properties of young, star-forming galaxies 10-12 billion light-years away, which means that we're observing galaxies as they appeared 10-12 billion years ago. This is an important epoch for the study of galaxy formation and evolution, as the overall peak of star formation activity in the Universe occurred at this time. I study the physical properties of these galaxies, including the amount of dust in the galaxies, the chemical composition of their gas, the rate at which the galaxies are forming stars, and the total mass of stars in the galaxies, and how these properties relate to one another. My ultimate goal is to better understand how galaxies form over cosmic time.
CV (pdf) 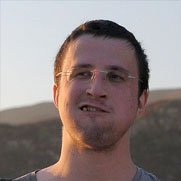