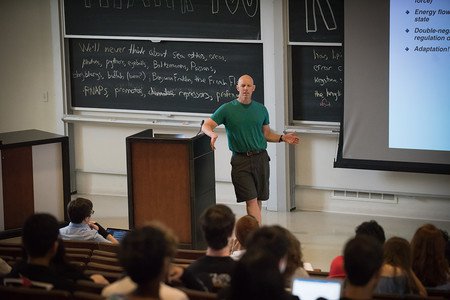 The Associated Students of Caltech (ASCIT) and Caltech's Graduate Student Council (GSC) on June 14 announced the honorees of their annual teaching awards, celebrating professors, TAs, and mentors for outstanding teaching in the 2016–17 academic year.

The GSC's Teaching and Mentoring Awards, which honor those who have "made an extraordinary impact on graduate students," went to a professor, a TA, and a mentor; two honorable mentions were named as well.