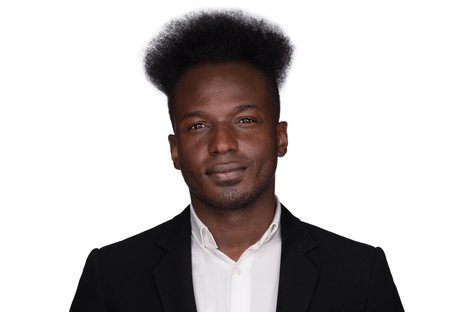 Professor of Physics Ibrahim Cissé has been named one of the 2021 recipients of the Vilcek Prize for Creative Promise in Biomedical Science for "his use of super-resolution biological imaging to directly visualize the process of gene expression in living cells, and for his application of the physical sciences to RNA transcription to understand the behavior of biomolecules in living organisms," according to the award citation.

The Vilcek Prizes for Creative Promise in Biomedical Sciences are awarded annually to young immigrant scientists living and working in the United States "whose early-career work exemplifies outstanding scientific accomplishment, and presents a significant contribution to their field of study," according to the Vilcek Foundation.

Cissé was born and raised in Niger, Africa. He moved to the United States at age 17 to attend North Carolina Central University. "Having trained at a historically Black college was just an incredible way of learning to see and think about race, not just in America but also in Africa," he said in his Vilcek Foundation's profile. "It gave me the knowledge and that empowerment that, no matter what adversity I was going to face, it is important to move forward in a way that will empower others and create opportunity for others."

Cissé, who joined the Caltech faculty earlier this year, is an expert in the imaging of single molecules in living cells. He brings the power of physics to the study of biological problems, such as the mechanisms by which RNA polymerase enzymes decode DNA into messenger RNAs, which are then translated into proteins. His work probes the fundamental workings of cells but also has applications in diseases such as Parkinson's, ALS, and Alzheimer's.