Caltech Math for the Win 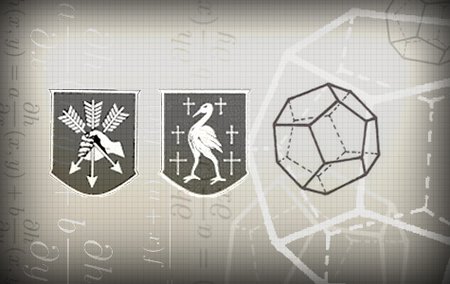 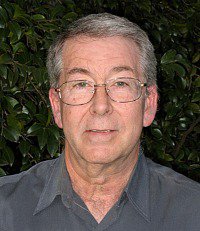 March has been a good month for Caltech mathematics. For the first time since 1983, Caltech placed first in the Mathematical Association of America's William Lowell Putnam Competition, one of the premier undergraduate mathematics contests. Also this past month, Michael Aschbacher, the Shaler Arthur Hanisch Professor of Mathematics, was awarded the Rolf Schock Prize in Mathematics.

Caltech finished third and fifth in the Putnam Competition in the last two years, respectively. But this year, the team of senior Jason Bland, senior Yakov Berchenko-Kogan, and junior Brian Lawrence beat out perennial powerhouses MIT and Harvard for the win. Caltech's math department is awarded $25,000 for the top finish, and each team member receives $1,000. Lawrence finished in the top five, winning another $2,500, and was named a Putnam Fellow for a third time—one of only 19 three-time fellows. Bland was a fellow in 2007. Past Putnam Fellows include Richard Feynman (1939) and Caltech's IBM Professor of Mathematics and Theoretical Physics Barry Simon (1965).

Berchenko-Kogan and Bland, as well as junior Zarathustra Brady, placed in the top 24, receiving $250. Senior Timothy Black, junior Sam Elder, junior Jeffrey Manning, and senior Gjergji Zaimi earned honorable mentions. About 40 Caltech students participated in the contest, which took place back in December. A total of 4,296 students from 546 colleges and universities from the United States and Canada competed.

Taking place every year since 1938, the Putnam Competition is a two-part written test in which participants have a total of six hours to tackle 12 problems. Caltech has won the competition 10 times, second only to Harvard (27). Caltech has also finished in the top five 31 times, behind MIT (41) and Harvard (56).

Aschbacher won the Rolf Schock Prize "for his fundamental contributions to one of the largest mathematical projects ever, the classification of finite simple groups, notably his contribution to the quasi-thin case," according to the award citation.

Groups are one of the most fundamental objects in mathematics. You can rotate an equilateral triangle once, twice, or three times, and the triangle still looks the same. Likewise, you can rotate a dodecahedron in 60 distinct ways, and it won't look different (see the shape on the right of the top image). These rotational symmetries for the triangle and dodecahedron both form simple groups, which contain three and 60 elements, respectively.

All groups can be built from so-called finite simple groups, and over the last few decades, Aschbacher has played a leading role in constructing and determining all of the finite simple groups—a daunting task to say the least. For example, proving that the list of finite simple groups was complete took over 5,000 pages, says Barry Simon. "Many people regard it as the most complicated single result in mathematics."

Most of the finite simple groups were classified by around 1980, but mathematicians realized that there was a gap in the list, called the "quasi-thin case." Finally, in 2004, Aschbacher and Stephen Smith of the University of Illinois at Chicago completed the proof in two books that span more than 1,200 pages.

The Schock mathematics prize is awarded by the Royal Swedish Academy of Sciences and includes $75,000. Perhaps the most famous previous winner is Andrew Wiles, who proved Fermat's Last Theorem and won the prize in 1995. Founded in 1993, the Rolf Schock Prizes were awarded every two years until 2008, when they became triennial awards. The prizes are also given in the fields of logic and philosophy, visual arts, and music.