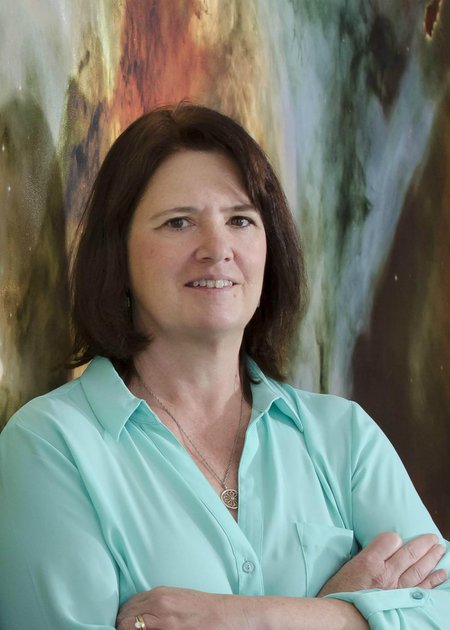 Fiona Harrison, principal investigator of NASA's NuSTAR (Nuclear Spectroscopic Telescope Array) mission, has been selected to receive the 2016 Massey Award, given by the Committee on Space Research (COSPAR). Harrison is Caltech's Benjamin M. Rosen Professor of Physics and the Kent and Joyce Kresa Leadership Chair of the Division of Physics, Mathematics and Astronomy.

The Massey Award, given in honor of the memory of Sir Harrie Massey, a mathematical physicist who served as the Physical Secretary of the Royal Society of London and a member of the COSPAR Bureau, recognizes "outstanding contributions to the development of space research in which a leadership role is of particular importance," according to the COSPAR website.

NuSTAR launched in June 2012, opening a new window to the universe as the first focusing telescope to operate in a high-frequency band of X-rays called hard X-rays. The observatory's accomplishments include the creation of the first map of radioactive material in a supernova remnant; the discovery of emission from a special type of neutron star called a magnetar, which has an extremely strong magnetic field; and the detection of the brightest pulsar ever recorded.

"These and many other discoveries make Fiona Harrison one of the most active leaders of modern high energy astrophysics," the award citation notes.

"It has been great to work with such a strong and talented team on NuSTAR," says Harrison. "The whole team deserves credit in NuSTAR's success."

Harrison has been the principal investigator since the mission was founded in 2005. After earning a doctoral degree in physics from UC Berkeley, she first came to Caltech in 1993 as a research fellow and began her professorial career at the Institute in 1995.

Among other honors, Harrison received the NASA Outstanding Public Leadership medal in 2013 and the 2015 Rossi Prize for high-energy astrophysics. She was elected to the National Academy of Sciences in 2014.