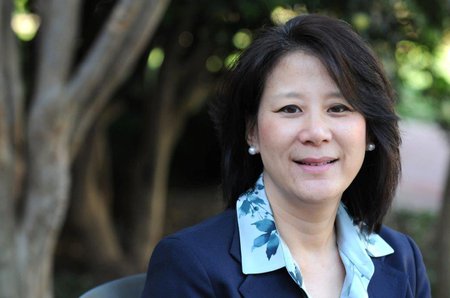 Lum will formally assume the position on September 1, 2019. As general counsel, she will provide advice and legal counsel on a broad spectrum of issues pertaining to the management and governance of the Institute to the senior leadership of campus and JPL, which Caltech manages for NASA, as well as to the Caltech Board of Trustees.

"It is an honor to be able to serve Caltech as general counsel and continue to support the Institute's excellence in everything that it does," says Lum. "I look forward to working with the leadership and the wonderful community that makes Caltech so unique and one of the most respected research universities in the world."

Prior to joining Caltech in 2010 as deputy general counsel, Lum served as a United States magistrate judge in the Central District of California, handling both civil and criminal matters. She was previously an assistant United States attorney in the U.S. Attorney's Office in Los Angeles, where she served as chief of the Major Frauds Section and supervised the investigation and prosecution of cases involving financial institutional fraud, securities fraud, computer crimes and internet fraud, intellectual-property crimes, bankruptcy fraud, telemarketing fraud, and insurance fraud. While she was at the U.S. Attorney's Office, Lum received both the U.S. Department of Justice Director's Award and the U.S. Attorney's Office Award for Superior Performance. Earlier in her career, she served as a law clerk for U.S. District Judge Dickran Tevrizian (ret.) and was in private practice in Los Angeles, where she focused on general business litigation.