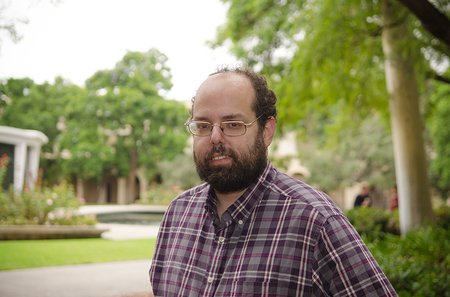 Combinatorial incidence geometry is the study of possible configurations, or arrangements, between geometric objects such as points or lines. One basic open problem in this field is the Erdős distance problem, for which Katz received the Clay award. The Erdős distance problem examines a set "large" number of points distributed in various arrangements in a two-dimensional plane. In some configurations, like a lattice or grid, the points are evenly spaced. In others, as in a random distribution of points, the spacing between points is varied. The problem asks how many times the same distance can occur between these points, and what is the minimum number of distinct distances possible between these points.

In 2010, Guth and Katz proved that the minimum number of unique distances between n points, regardless of their spatial configuration, is the number of points n divided by the logarithm of n: n/log(n).

Katz's work on the Erdős problem is an example of his larger research interest in coincidences. By demonstrating that there is a minimum number of unique distances between points, even when in a uniform arrangement like a lattice, Katz showed that coincidences—such as many sets of points having the same distance between them—can occur only a limited number of times.

Katz received his PhD from the University of Pennsylvania and was a professor of mathematics at Indiana University Bloomington before joining Caltech's faculty in 2013. He was named a Guggenheim Fellow in 2012. Previously, his research was in harmonic analysis, a field concerned with representing functions as superpositions of basic oscillating mathematical "waves."