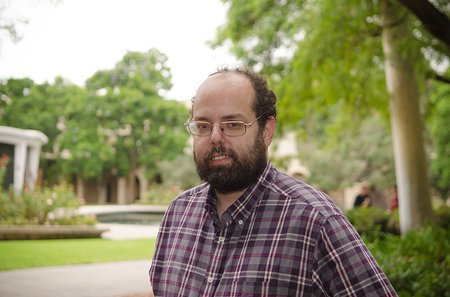 Nets Katz, the International Business Machines Professor of Mathematicsat Caltech, has been named a 2019 Simons Fellow in Mathematics. The Simons Fellows Program "extends academic leaves from one term to a full year, enabling recipients to focus solely on research for the long periods often necessary for significant advances," according to the Simons Foundation website. Katz plans to use the funds for a one-year sabbatical at Indiana University Bloomington.

Katz specializes in a field called combinatorics, which is the study of possible configurations, or arrangements, between geometric objects such as points or lines. He and his colleague Larry Guth of MIT solved a problem in this field known as the Erdős distance problem in 2010, a feat that won them the 2015 Clay Research Award. The problem asks the question: what is the minimum number of distinct distances possible between a set number of points in a plane? Their solution demonstrated that there are limits to the number of times that a set of points would have the same distance between them, and thus limits to the number of coincidences.

Katz's work on the Erdős problem is an example of his larger research interest in coincidences.

Katz received his bachelor's degree from Rice University in 1990, at the age of 17. He earned his PhD from the University of Pennsylvania in 1993 at age 20. He was named a Guggenheim Fellow in 2012 and joined Caltech as a professor in 2013.