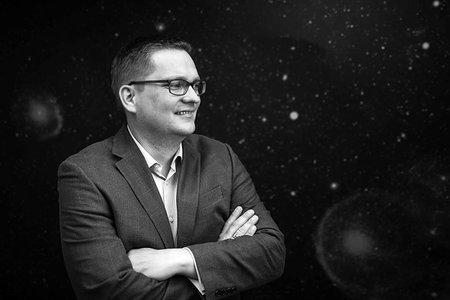 The search for extrasolar planets has uncovered a dizzying array of planetary systems. As part of that quest, researchers have found new planet types—lava worlds and super-Earths—as well as planets orbiting more than one star.

In his March 14 Watson Lecture, Andrew W. Howard, a professor of astronomy in the Division of Physics, Mathematics and Astronomy, will tour this diverse landscape with attention to planets similar to Earth in their size, mass, and temperature. He will consider recent discoveries that are providing tantalizing clues as to how our solar system formed and pointing the way to detailed characterizations of the atmospheres and compositions of Earth-like worlds using the next generation of instruments and telescopes. Howard will also describe the Keck Planet Finder (KPF), an instrument being developed by his group that will measure the properties of Earth-like planets and their larger cousins in exquisite detail.

Howard's research covers the formation and evolution of planets orbiting stars other than the sun, focusing on the diversity of small planets. He and his team discover and characterize these extrasolar planets using telescopes in Hawaii and California, and in space. Howard, who started at Caltech in 2016, received his bachelor's degree from MIT in 1998 and his PhD from Harvard University in 2006.

The lecture, held at 8 p.m. on Wednesday, March 14, at Beckman Auditorium, is a free event; no tickets or reservations are required.