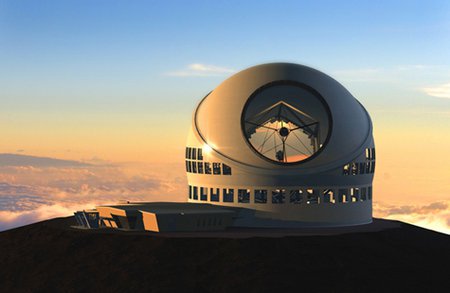 The Thirty Meter Telescope (TMT) got one step closer to realization this week, with the granting of a conservation district use permit by the Board of Land and Natural Resources of Hawaii’s Department of Land and Natural Resources. The permit gives the University of Hawai'i permission to build and operate TMT on the northern plateau of Mauna Kea; TMT will sublet the land from the University. The Board also granted a contested case hearing to be scheduled for a later date.

The core technology of TMT will be a 30-meter segmented primary mirror, which will give the telescope nine times the collecting area of today's largest optical telescopes and three-times-sharper images.