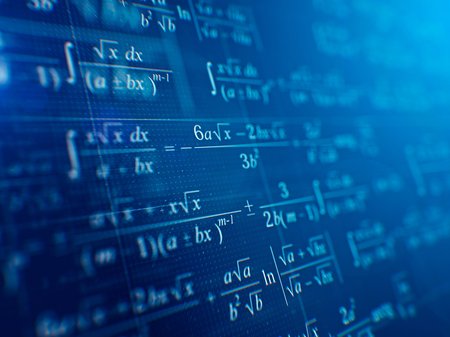 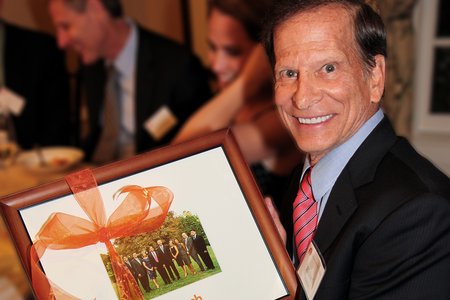 Caltech trustee Richard Merkin, MD, founder and chief executive officer of the Heritage Provider Network, has made a generous gift to establish a center for pure and applied mathematics at Caltech.

The new Richard N. Merkin Center for Pure and Applied Mathematics will catalyze scientific progress by creating a hub for mathematical research on campus. The center will bridge disciplines, connecting research in disparate areas that center on the development of mathematical ideas and foundations, and amplifying campus activities in fields ranging from pure mathematics to computational biology and quantum sciences. It will propel new collaborations and inspire innovation by hosting conferences and extended visits by world-leading mathematicians.

"By forging stronger connections among the Institute's mathematics initiatives, the Merkin Center will provide researchers with new and exciting opportunities to collaborate as they tackle important scientific and technological challenges," says Provost David A. Tirrell, the Ross McCollum–William H. Corcoran Professor of Chemistry and Chemical Engineering and holder of the Carl and Shirley Larson Provostial Chair. "These connections will both bolster fundamental research and unlock practical applications that benefit society. We are grateful to Dick Merkin for his generosity and vision."

Merkin adds: "As Leonardo da Vinci famously wrote, ‘No human investigation can be called real science if it cannot be demonstrated mathematically.' Mathematical principles underlie advances across the biological, physical, and social sciences, and drive discovery at the intersection of science and engineering. I am pleased to establish the Merkin Center and am confident that it will become an important source of ideas and breakthroughs that will deliver real-world improvements for humanity."

Concurrent with the commitment to endow the new center, Merkin and the Merkin Family Foundation have provided funds to renovate the eighth floor of Caltech Hall. The reconfigured space, scheduled to open in early 2023, will provide a home for the center as well as a base of operations for the American Institute of Mathematics (AIM), which is relocating from its current headquarters in San Jose, California, to Caltech.

Sergei G. Gukov, the John D. MacArthur Professor of Theoretical Physics and Mathematics, has been named director of the Merkin Center. A member of the Caltech faculty since 2005, Gukov is known for important concepts relevant to string theory, quantum field theory, and pure mathematics.

"Caltech has cultivated extraordinary scholars who think deeply about landmark problems in pure mathematics and collaborate across disciplines," says Fiona A. Harrison, the Harold A. Rosen Professor of Physics and holder of the Kent and Joyce Kresa Leadership Chair in the Division of Physics, Mathematics and Astronomy. "The Institute is also home to a diverse community of researchers who push the frontiers of applied mathematics in areas as wide-ranging as algorithmic economics, computational biology, robotics and autonomous control, and quantum information and computing.

"The Merkin Center for Pure and Applied Mathematics will broaden and deepen the impact of the mathematical sciences across campus."

A Passion for Mathematics

As a physician and health care executive, Merkin has devoted much of his philanthropy to supporting basic science and its translation into medical treatments and cures. His love of mathematics, his undergraduate major, has been another significant thread throughout his engagement with Caltech.

Merkin previously endowed two mathematics professorships at the Institute. These positions, together with the Richard N. Merkin Distinguished Visiting Professorship in Artificial Intelligence, will be woven into the Merkin Center.

Jakša Cvitanić, the Richard N. Merkin Professor of Mathematical Finance and director of The Ronald and Maxine Linde Institute of Economic and Management Sciences, is an expert in financial economics who focuses on the intersection between computer science and economics. Nikolai Makarov, the Richard Merkin Distinguished Professor of Mathematics, has worked extensively in complex analysis, which investigates functions of complex variables. This field is fundamental to many branches of mathematics and has applications in the natural sciences and engineering.

Both Cvitanić and Makarov will serve as advisers to the new Merkin Center for Pure and Applied Mathematics, together with Elena Mantovan, a professor of mathematics who focuses on arithmetic geometry and number theory.

Although small, Caltech's pure mathematics program is expansive in terms of focus and impact. Mathematics scholars at the Institute work together and with colleagues across disciplines to untangle some of the most difficult problems in the field and have garnered high honors for pushing the frontiers of analysis, combinatorics, group theory, mathematical physics, and number theory. They have written texts that are considered foundational to the discipline, and the Institute relies on them to help impart the quantitative skills in which all Caltech graduates become well versed.

Investigators in the Institute's highly ranked Computing and Mathematical Sciences (CMS) department are active in applied mathematics, communication and networks, computer science, and control and systems. Like Caltech's mathematics faculty, CMS faculty are highly collaborative. They have built partnerships with colleagues in mathematics as well as in applied physics, bioengineering, biology, economics, electrical engineering, geology and planetary sciences, mechanical engineering, and physics.

Caltech is also home to a world-leading research center in quantum information and computation. Scholars affiliated with the Institute for Quantum Information and Matter (IQIM) explore the interplay of mathematics, computer science, and physics.

Mathematics is central to the work of faculty and students in numerous other areas across campus, in part due to the sheer amounts of data being collected. Among the researchers who stand to benefit from partnership with the Merkin Center are those working on models of neural processing and brain function, predictive modeling of health care diagnoses, election security, earthquake modeling, "smart" energy grids, and climate models to enable more accurate prediction of droughts, heat waves, and rainfall extremes.

A member of the Caltech Board of Trustees since 2007, Richard Merkin has supported a variety of initiatives across campus. His previous gifts have created the Heritage Research Institute for the Advancement of Medicine and Science at Caltech, founded in 2015 and renewed in 2018 and 2021, which provides cohorts of Caltech scientists and engineers with salary support and no-strings-attached research funds that free them to pursue high-risk, high-reward projects. Merkin also partnered with Caltech to launch the Richard N. Merkin Institute for Translational Research, which enables scientists and engineers to transform their breakthroughs into advances in human health. Additionally, beginning in 2021, the Richard N. Merkin Start-Up Scholars Grants have provided pre-arrival support to help incoming undergraduates from low-income backgrounds make a successful transition to campus life.

"Richard Merkin is a remarkable philanthropist, making possible fundamental discovery across a broad range of fields and encouraging intersections with the practical," says Caltech president Thomas F. Rosenbaum, the holder of the Sonja and William Davidow Presidential Chair and professor of physics. "Above all, Dick takes joy in making it possible for researchers to thrive, whether they be students, postdocs, or faculty members."