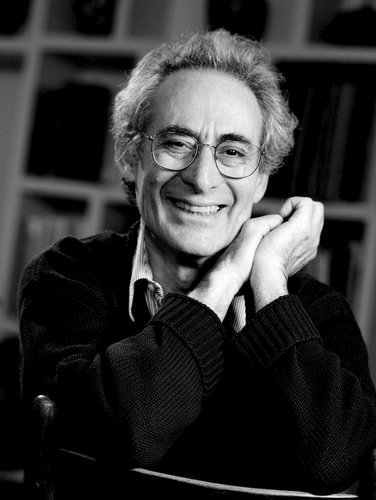 Fermat's Last Theorem, Faltings' theorems and recent results of Bhargava and others guarantee that certain large classes of algebraic curves have 'few' rational points. Heuristics - some of them developed very recently - suggest the rarity of rational points, or the rarity of 'new' rational points on a curve when one passes to a larger number field. In this lecture I will discuss this general subject and introduce joint work with Karl Rubin - also in the context of large fields of algebraic numbers.

Barry Mazur, Gerhard Gade University Professor at Harvard, is an eminent mathematician who navigates with ease the labyrinthine corridors in the manor of Mathematics, forging links and unmasking the hidden gems. His fields of accomplishment comprise, among others, Number Theory, Topology, Algebraic Geometry and Foundations. He is the only person ever to have won both the Cole Prize in Number theory and the Veblen Prize in Geometry, bespeaking an immense breadth. In Diophantine Geometry he has established many a fundamental result, for instance the characterization of all allowable rational points of finite order on any elliptic curve over Q. Last but not least, Mazur is a sublime expositor, as evidenced by his popular book, Imagining Numbers.

The Leonidas Alaoglu Memorial Lecture was established by friends and family of the late Leonidas Alaoglu in recognition of his great talents, distinguished contributions to mathematics, and long freindship with Caltech. The Institute is privileged to honor his memory with a lecture each year by an outstanding mathematician.

Caltech's address is 1200 E. California Blvd., Pasadena, CA 91125. Turn south on the unnamed street between the tennis courts and burnt orange geometric building to access the underground parking structure, that is Lot 3 on the event map. Please visit a yellow pay station kiosk to purchase a parking pass ($3 for two hours). Make sure the ticket is clearly visible on your dashboard to avoid a ticket. After you have parked, head north and cross the street. The Sloan Building will be the first one on the right, building 37.