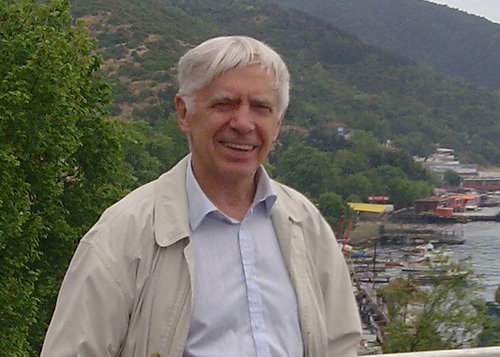 "In a Shadow of the Riemann Hypothesis: Approximation Problems on the Hilbert Multidisc"

The Riemann Hypothesis on zeros of the ζ-function is known to be equivalent to a completeness of the (non-periodic) dilation system (ϕ(nx))_{n≥1} in the standard Lebesgue space L^2(0,1) for a rather particular generating function ϕ (L. Báez-Duarte (2003), A. Beurling, B. Nyman (1950)).

A general dilation completeness problem (for systems (ϕ(nx))_{n≥1} in L^2(0,1) was raised by Aurel Winter and Arne Beurling in 1940ies and remains a challenging open problem. Using an approach with the so-called "Bohr lift techniques" we show that for 2-periodic functions ϕ the problem is equivalent to the question on cyclic vectors of the Hardy space H^2 D^∞_2 on the infinite dimensional Hilbert multidisc D^∞_2. The results obtained on this way include practically all previously known results in the dialation completeness problem.

This lecture will be accessible to a general audience.

Dr. Nikolski received a PhD. in Mathematics from St. Petersburg University (Russia) in 1966. From 1966 until 1991 he held various academic positions at Steklov Institute for Mathematics of Russian Academy, from a researcher to the director of the Laboratory of Mathematical Analysis.  Since 1991 Dr. Nikolski has been a Professor of Mathematics at University of Bordeaux (France) and has also been a Distinguished Visiting Professor at Brown University, University of Missouri, Universités Paris 6 Jussieu and Paris 11 Orsay, and several other universities. Dr.Nikolski is the author of more than 100 papers and  6 research monographs, including the highly influential books "Treatise on the shift operator" and "Operators, Functions, and Systems". His most recent book "Toeplitz matrices and operators" will soon appear at Cambridge University Press. Nikolski was a speaker at the International congress of mathematicians. In 2010, he was awarded the Grand Prix de l'Académie des Sciences, Paris.