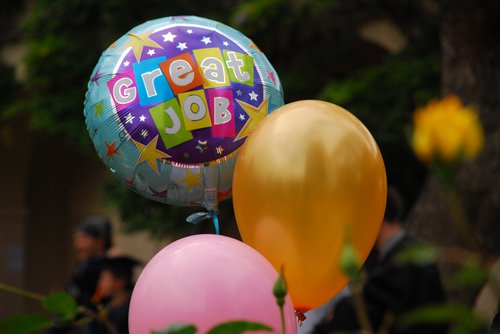 The Victor M. Blanco Fellowship is awarded annually to provide summer research support for a student, participating in the LIGO SURF program, who identifies as Hispanic. This fellowship, sponsored by the National Society of Hispanic Physicists, is named after astronomer Victor Manuel Blanco.

The Brewer Prize is awarded annually to a first year student who provides the most creative and interesting solutions to the Physics 11 hurdles. The Prize will provide summer support so that the student may complete an independent Physics 11 research project. The prize was established by Caltech alumnus Richard G. Brewer who earned his Bachelor of Science in Chemistry in 1951.

The France Córdova Graduate Student Fund provides resources for one to three graduate students annually to support research-related expenses. Preference shall be given to student(s) studying broadly in areas in which Professors Gerry Neugebauer, Gordon Garmire and Thomas Tombrello made contributions. Each awardee shall be recognized as either a Neugebauer, Garmire or Tombrello Scholar. The Fund was established by France Córdova who received her Ph.D in Physics from Caltech in 1979.

The Cullen Memorial Fellowship is a fund awarded annually to a graduate student or students who have demonstrated outstanding academic achievement in physics. The Fellowship was established by the family of Caltech physics alumnus James Cullen, BS'46, PHD'56.

The Feynman Prize in Theoretical Physics is awarded annually to an undergraduate senior who has demonstrated excellence in theoretical physics. The Prize was established through gifts made in memory of Dr. Feynman.

The Fisher Memorial Award in Junior Physics is awarded annually to a physics major who has completed their sophomore year and demonstrates great promise for future contributions to the field. The Award was established by the family of Haren Lee Fisher who was a Caltech undergraduate in the mid-1960s.

The R.K. Kar Award for Research in Physics will be awarded annually by the Department of Physics to an outstanding graduate student who is exceptional in his/her physics studies and research (emphasis on condensed matter physics), toward the costs of travel and registration to attend scientific meetings or conferences, preferably related to condensed matter physics.

The D.S. Kothari Prize in Physics will be given each year to a graduating senior in physics who has produced an outstanding research project during the past year. It was established by Dr. Vineer Bhansali in memory of his grandfather, Dr. D.S. Kothari.

The Lauritsen Leighton Prize is awarded annually to one or two undergraduate students, preferably women, who have completed their sophomore year and are majoring in Physics, Astronomy, or Astrophysics. The prize was established by Drs. Walter Selove and Fay Ajzenberg-Selove.

The Rouse Memorial Fellowship is awarded annually to provide summer research support for an undergraduate student, preferably an underrepresented minority, participating in the LIGO SURF program. The Fellowship was established by the family of Caltech alumnus Dr. Carl A. Rouse, PhD '56, who was the first African American to earn his doctorate in Physics at the Institute.

The C.S. Shastry Prize in Physics will support a research fellowship for one sophomore undergraduate student conducting research in physics during the summer quarter under the guidance of a Caltech faculty member. The recipient will be nominated by a faculty member based on criteria valued by Professor Shastry: passion for the subject, curiosity about nature, and demonstrated ability. Preferably, the Awardee shall be a student majoring in physics who has completed Caltech's Physics 11 course, and who intends to pursue a research career in physics. The prize is made possible by a gift from Dr. Murali Sharma, a Caltech alumnus who received his Ph.D. in Physics in 1993.

A prize is awarded annually to a graduate student in physics for outstanding progress in research as demonstrated by an excellent performance on the oral Ph.D. candidacy exam. John S. Stemple was a Caltech physics graduate student when he died; a memorial fund was established from contributions made by the community of Falls Church, Virginia, John's hometown.

The Stewart Prize is to be awarded to a graduate student teaching assistant who demonstrates, in the broadest sense, unusual ability, creativity, and innovation in undergraduate/graduate classroom or laboratory teaching of physics. Named in honor of R. Bruce Stewart, who served as the Founder, Chairman and CEO of Arrowhead Reearch in Pasadena. Mr. Stewart was a successful entrepreneur who also started and funded over 18 companies in biotechnology, media technology licensing, direct marketing and early internet applications. Throughout his lifetime Mr. Stewart was a great friend to Caltech, supporting and often partnering in the work done by faculty and students. The prize is made possible by memorial gifts made by family and friends of R. Bruce Stewart. All graduate teaching assistants who teach physics classes are eligible as long as they are a current graduate student at Caltech. Nominations for the Stewart Prize may be made by any member of the Caltech community, including faculty, students, postdoctoral scholars, alumni, and staff.